I bought this scooter when I thought I would have to start commuting again last year. We've continued to work from home, and I'm past the point of no return. It's a fun bike but I need something that will kill some regular highway trips and I don't have room for both.

It's at my girlfriend's so I will post current pictures later, but it looks about the same.

The Good:
puts a hell of a grin on your face
it's a looker
It'll do 75 with me on it and I'm a heavy parachute shaped kind of guy
2015 and newer comes equipped with ABS
Zelioni Wheels
Akrapovik Exhaust
2 seats - stock and custom gel single seat
Rizoma grips and mirrors
LED headlight, tail light
integrated LED turn signals
Bitubo front and rear shocks
spare set of stock wheels
Fa Italia rear rack with a universal Givi mount and a 36L box
Including variator tool and clutch holding tool

The Bad:
I would replace the engine mount bushing
Steering head bearings need to be checked changed or tightened
some rust on the bottom. Some paint is gone and I sprayed it with rust reformer for now. Haven't taken it out in the rain much.
NY inspection sticker is a B to get off, and I just haven't completed that step
The ideal location to thread the variator tool is missing a couple threads. IIRC a longer bolt would solve this

The Other:
I used a Vespa OEM belt and OEM rollers.
Air filter is Malossi aftermarket foam. I used NoToil.
I have all the pictures of the service I performed, and a record of it in a spreadsheet, but I only did one service and one oil change. 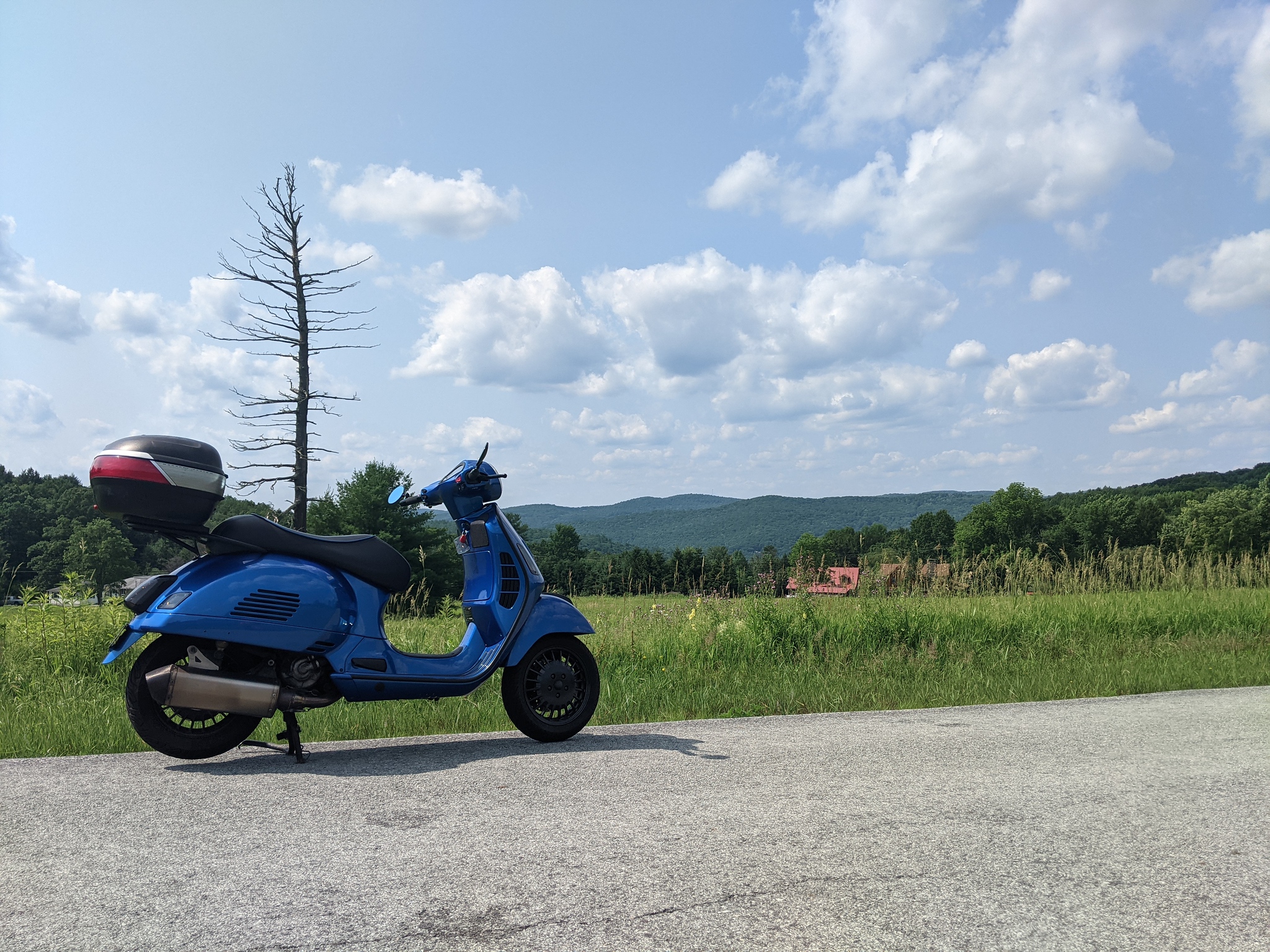 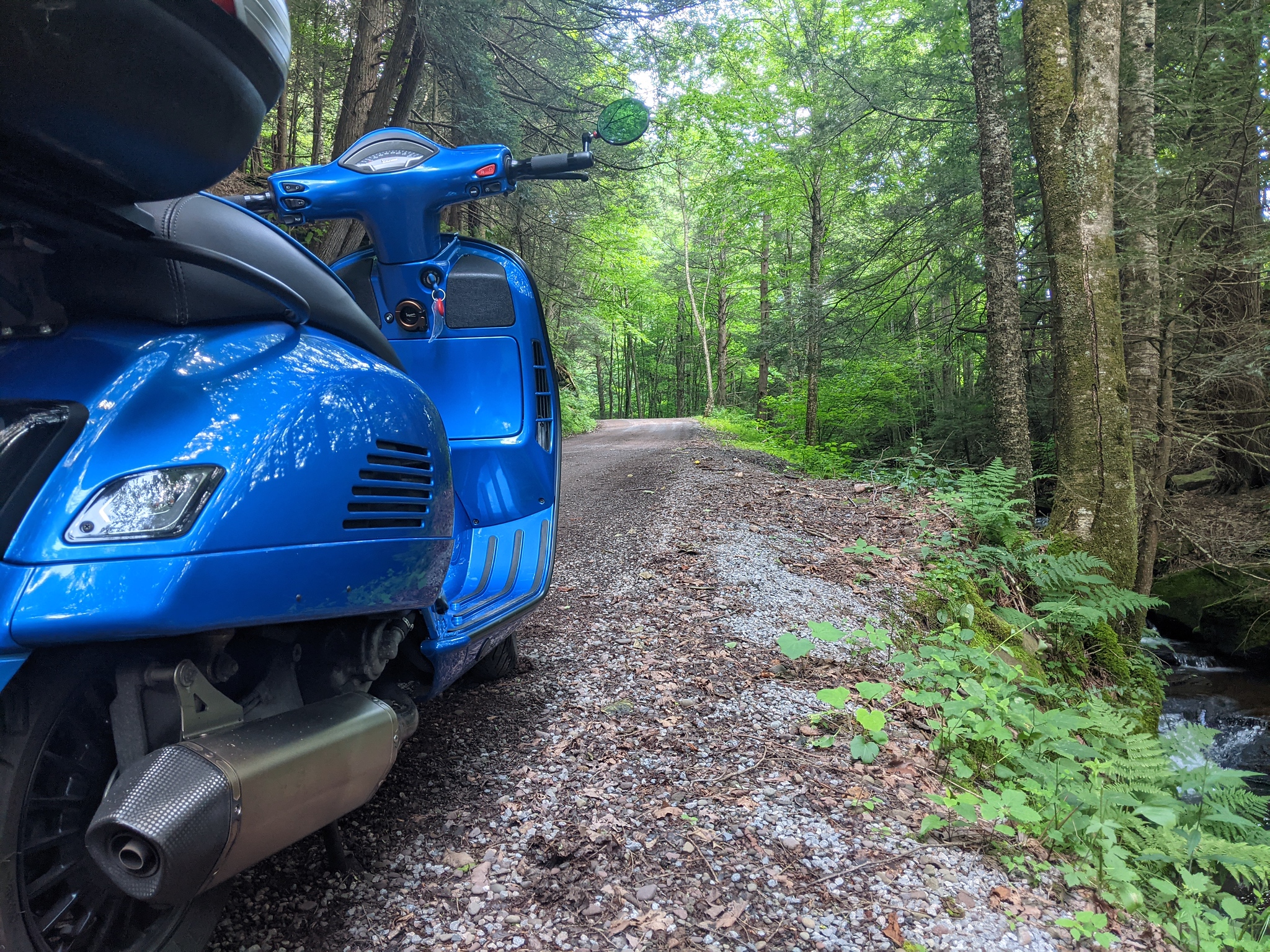 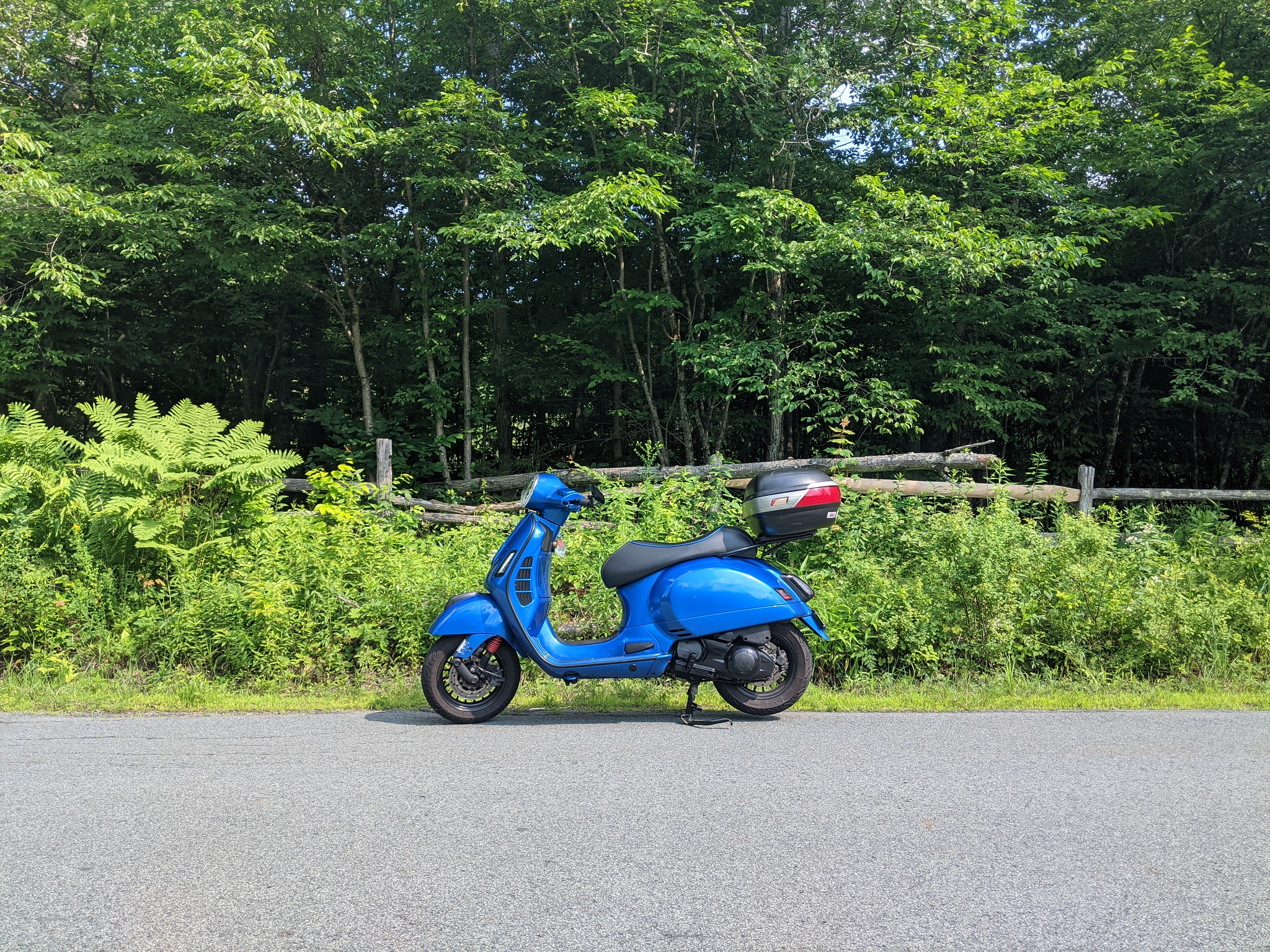 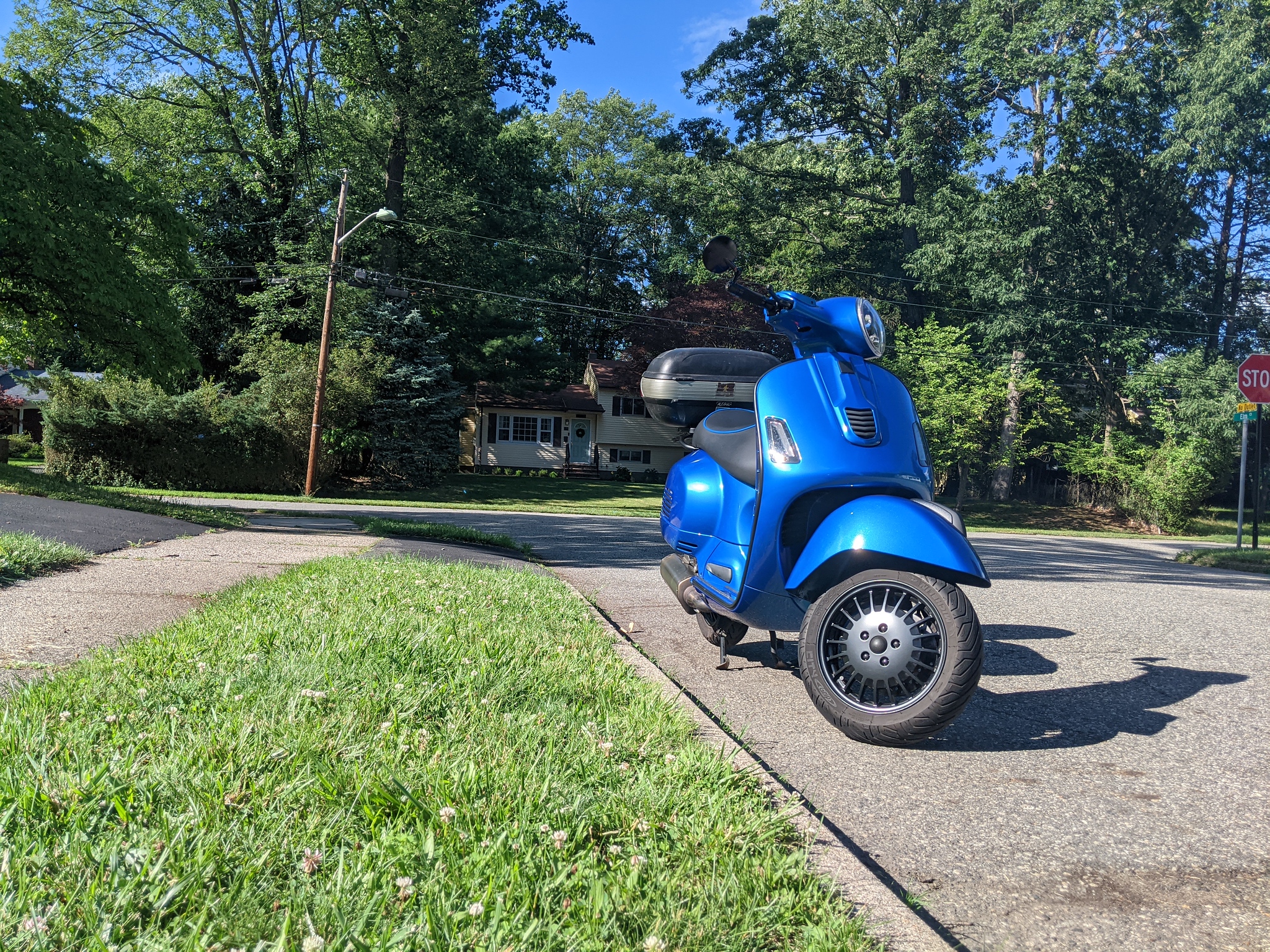 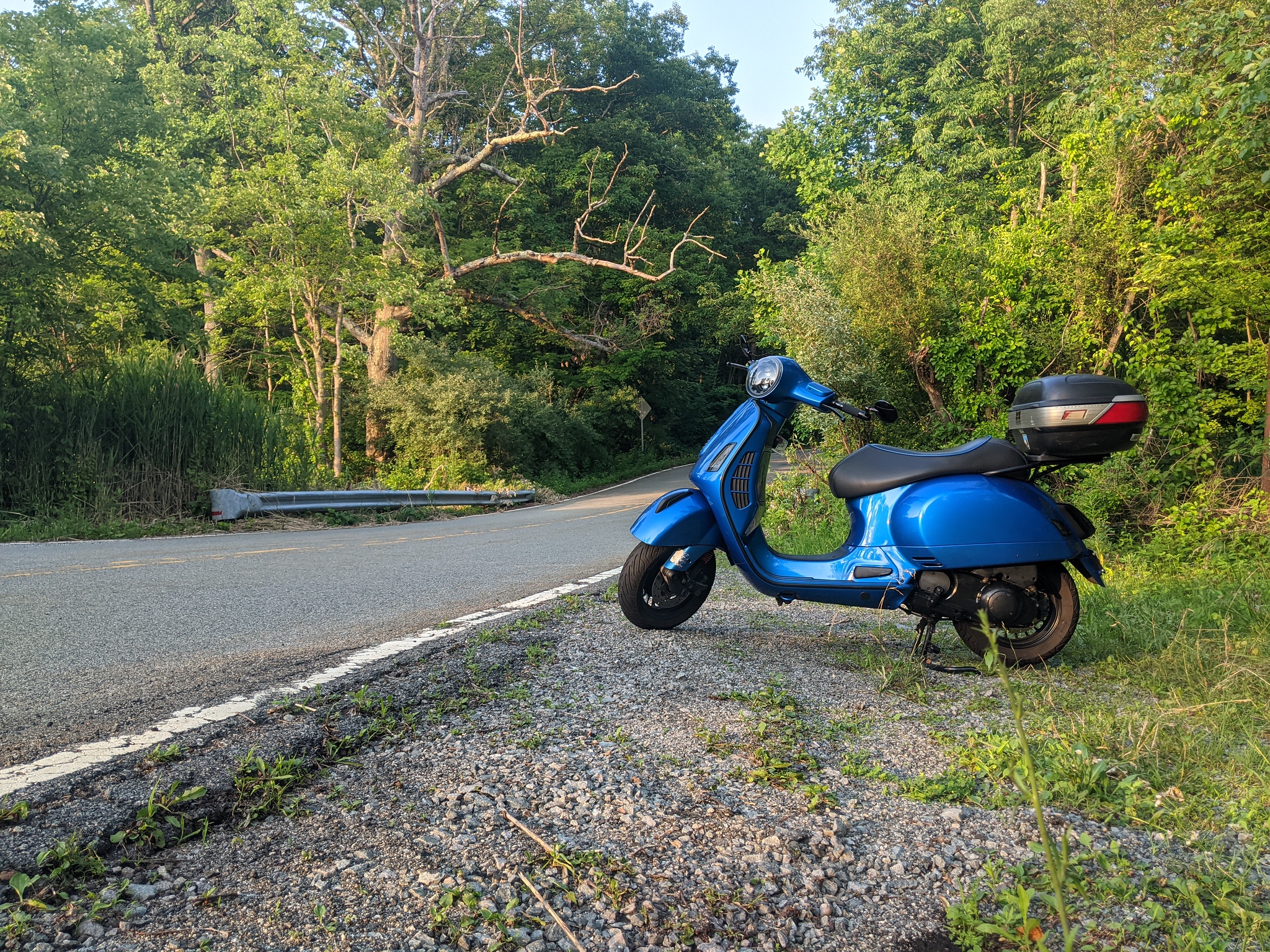 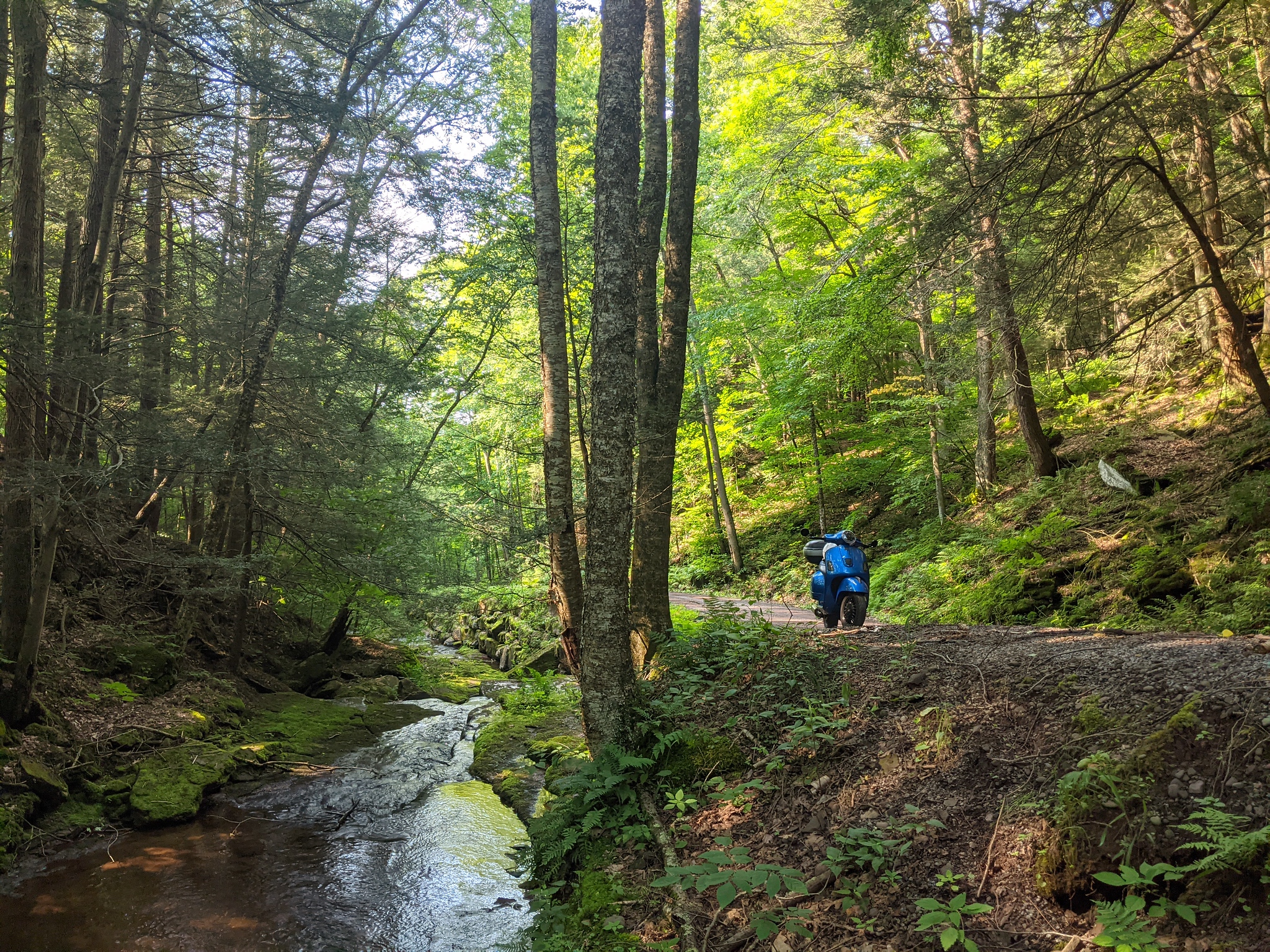 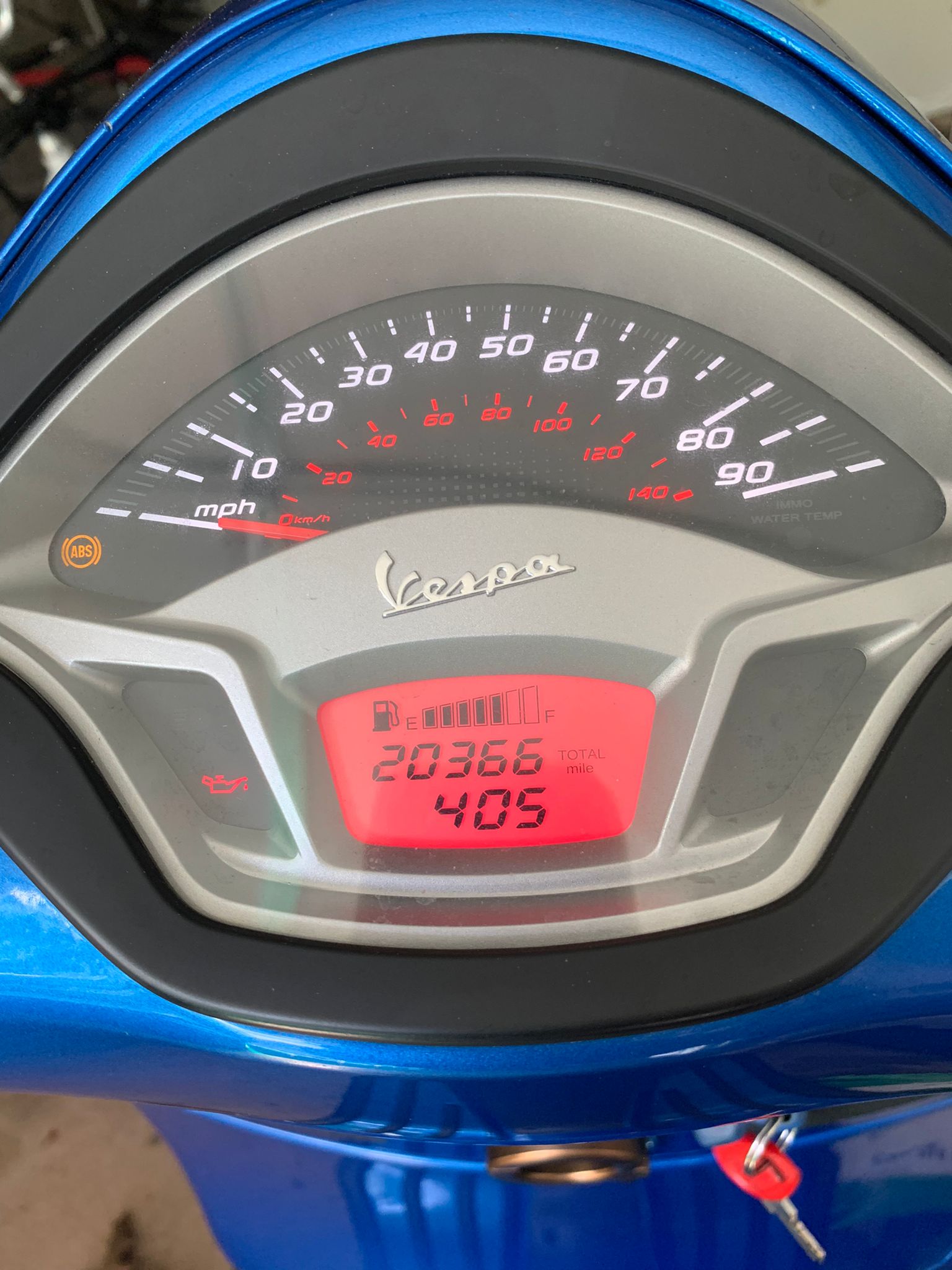 Met a rider yesterday with a 2015 Vespa that had 45,000 Km on the clock. No problems whatsoever. He just got back from a loop in Mexico, Guadalajara-Cd Mexico-San Cristobal, Chiapas. About 2000 miles. He loves it. GLWS

Is the scoot still for sale?