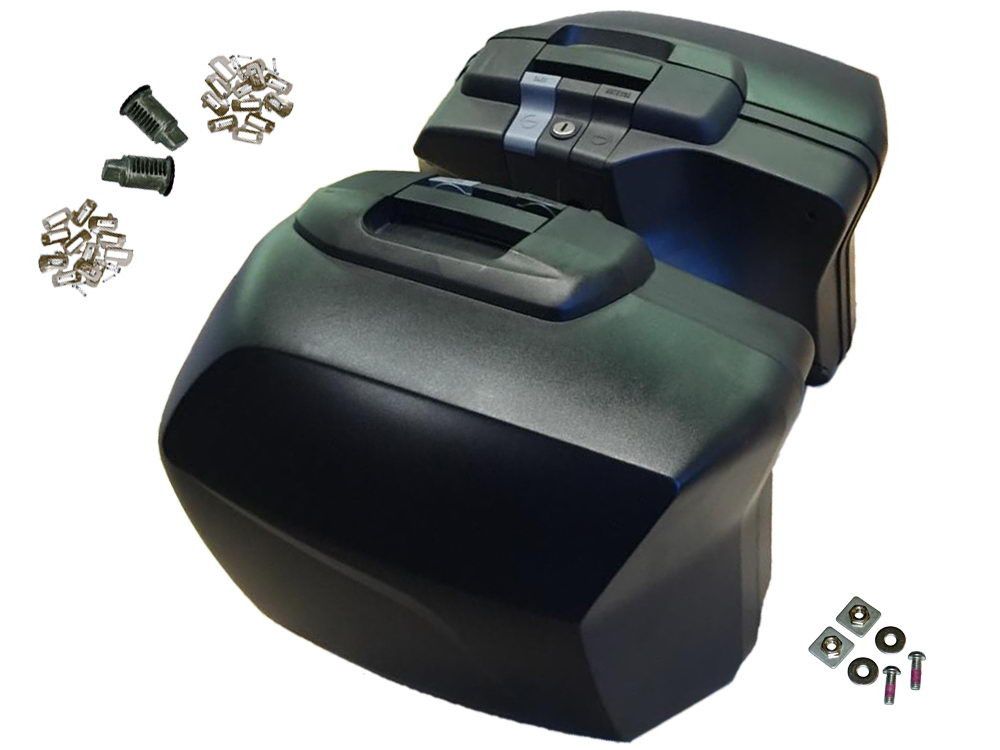 Unfortunately, they don't look that nice. The left side has a big scrape on it where at least the pannier itself was dropped, or the bike was dropped on the pannier. The right side is covered in scuffs and scrapes.

I've had decent luck using Vivvid vinyl to protect certain areas of a bike before (like from boot-heel scuffs, for example) but I've never actually used it wrap something. Anybody done similar on a set of panniers like these? I may not even wrap the whole pannier, but just put some color (white) accents on the outside to cover up the worst. Not sure what the best way to cut a nice pattern will be -- most sign or engraving shops can't cut vinyl with lasers because when it vaporizes and mixes with the H2O in the air it creates chlorine gas. So it has to be cut by mechanical methods and I don't have a super steady hand

That is going to be tough, unless it is smoother plastic. I have wrapped some complicated surfaces, but smooth is the key.
Wrapped the side panels with CF wrap: 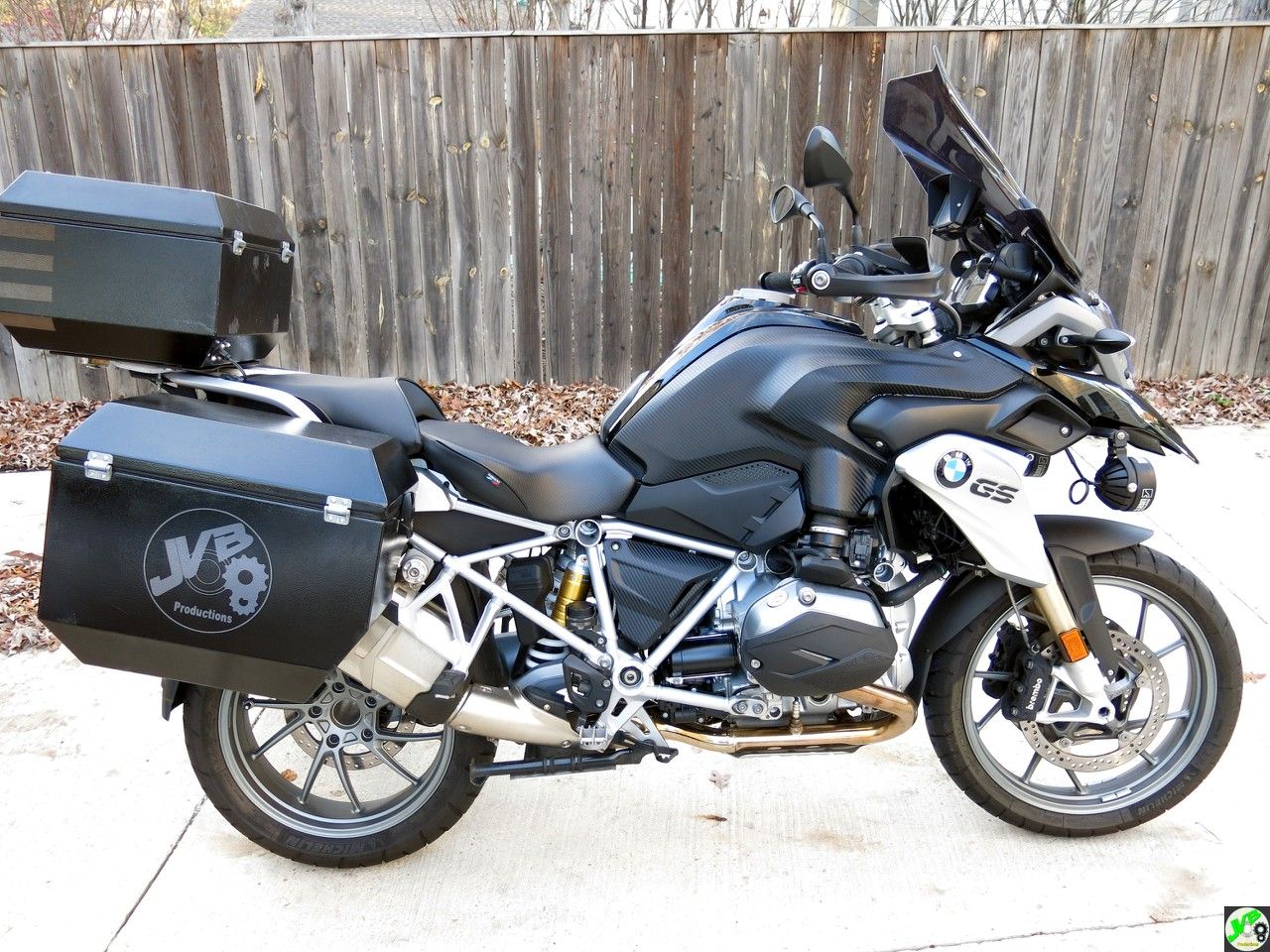 Wrapped side cases, easy because they are flat: 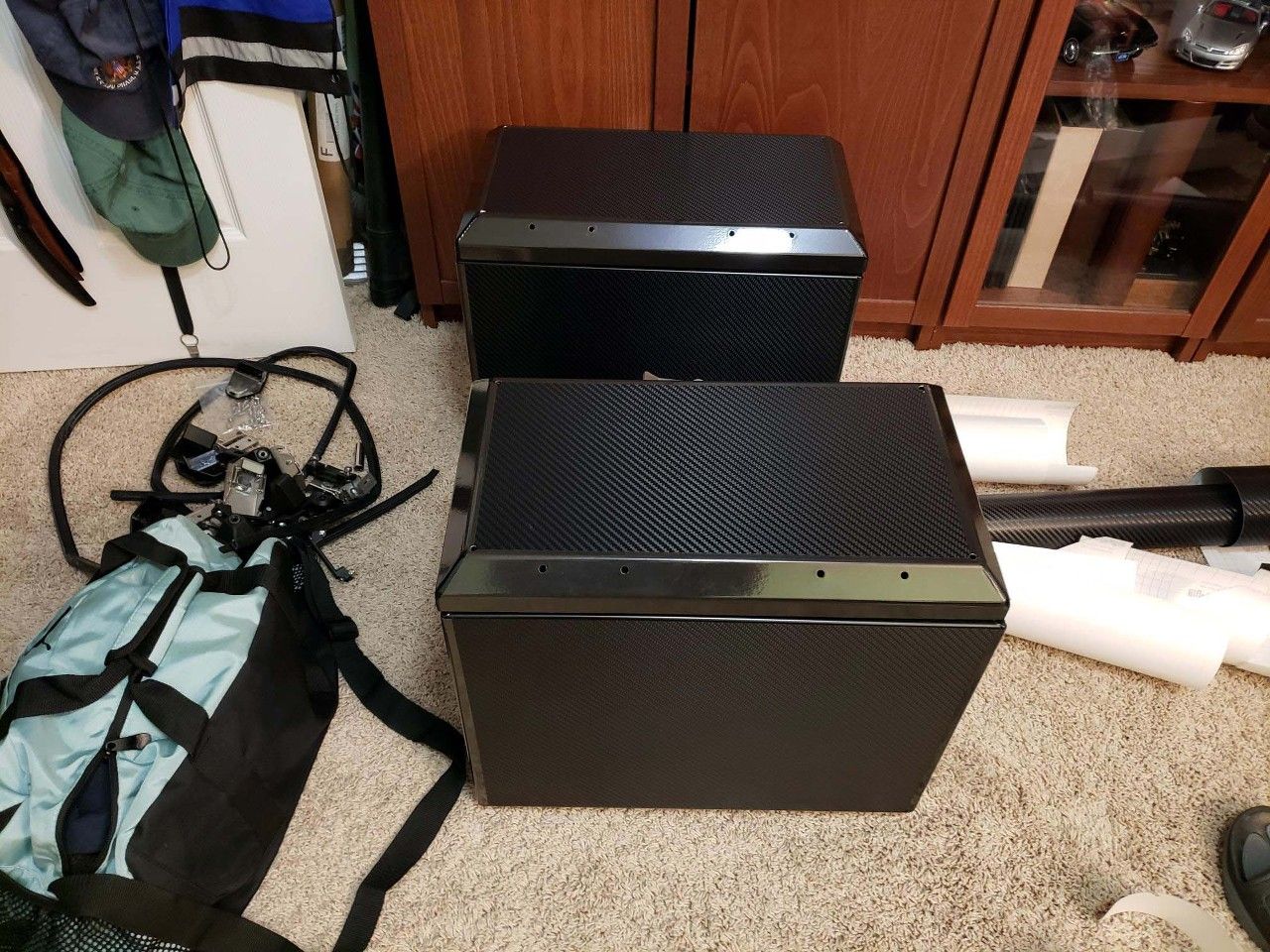 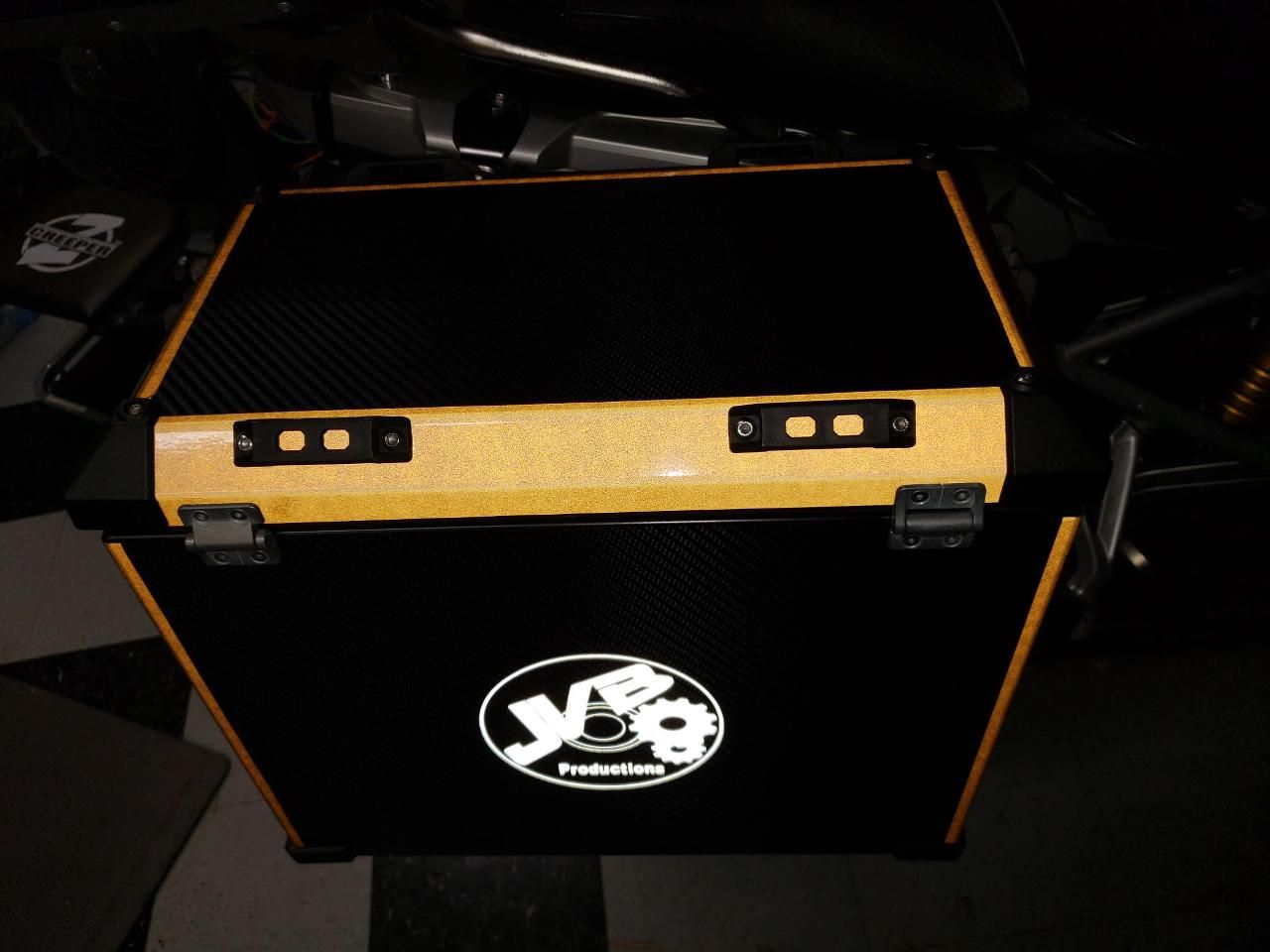 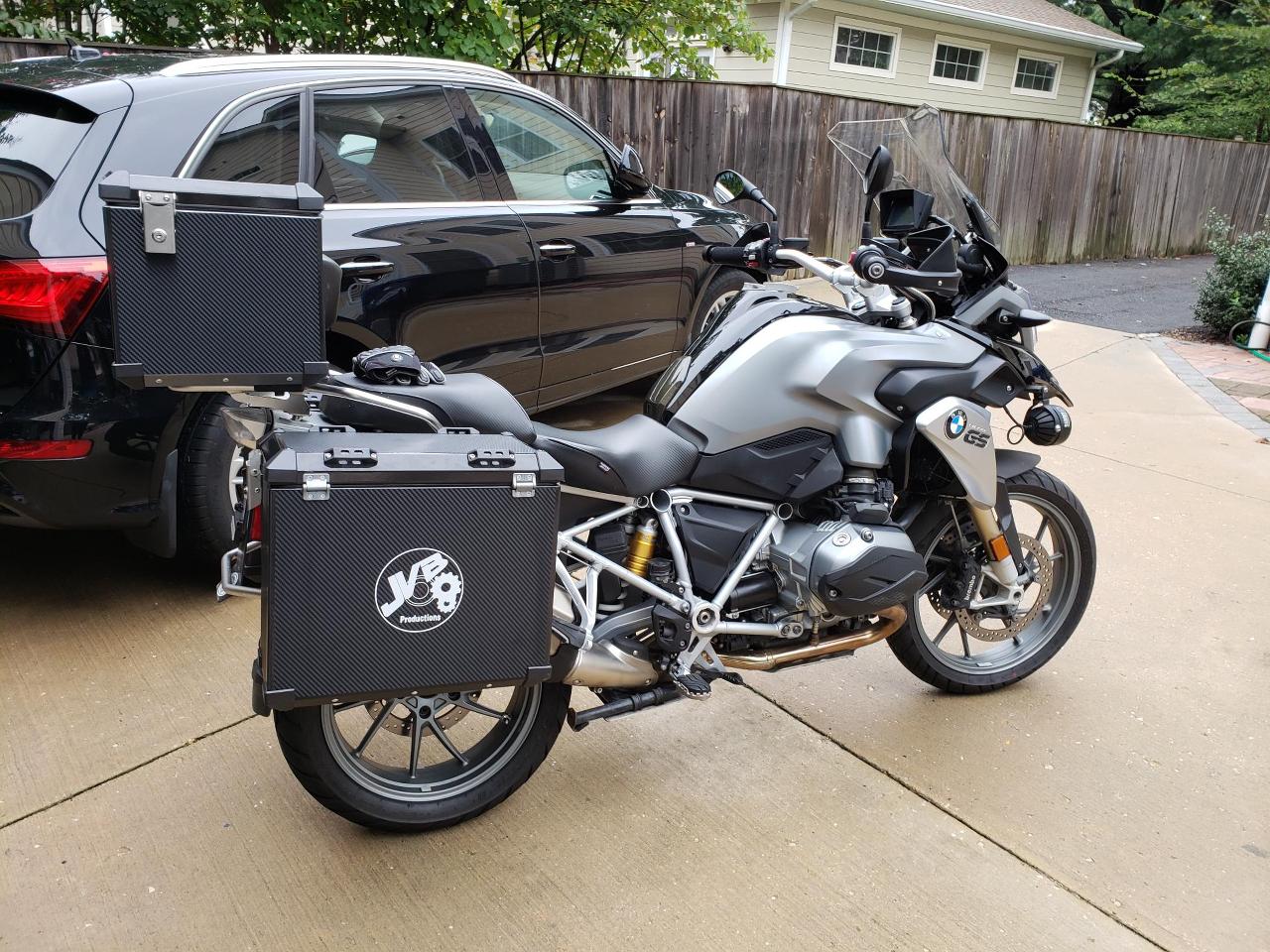 Well, it's smooth plastic -- they are as shown in the photo I posted. But it's a complex geometry and not a flat plane. Most wraps can accomodate stuff like that but it's a steep learning curve. I'm actually more wondering about how well a vinyl wrap will adhere to the plastic those particular panniers are made from. I don't know what they are made from.

Congrats on the new bike, saw you acquired one on that "other forum that will remain nameless."

I've got 2 of them, one I keep here, the other in Heidelberg, Germany for extended European tours. Been really happy with them. And BTW, there's an aftermarket source for genuine Conti drive belts, https://cars245.com/en/item/contitech-CT1208-timing-belt/. I just got one for "inventory". $113 delivered, beats $550 from BMW.

Regarding your cases, personally I'd go with some type of carbon fiber wrap and just do the lids. Less complicated, should look pretty. 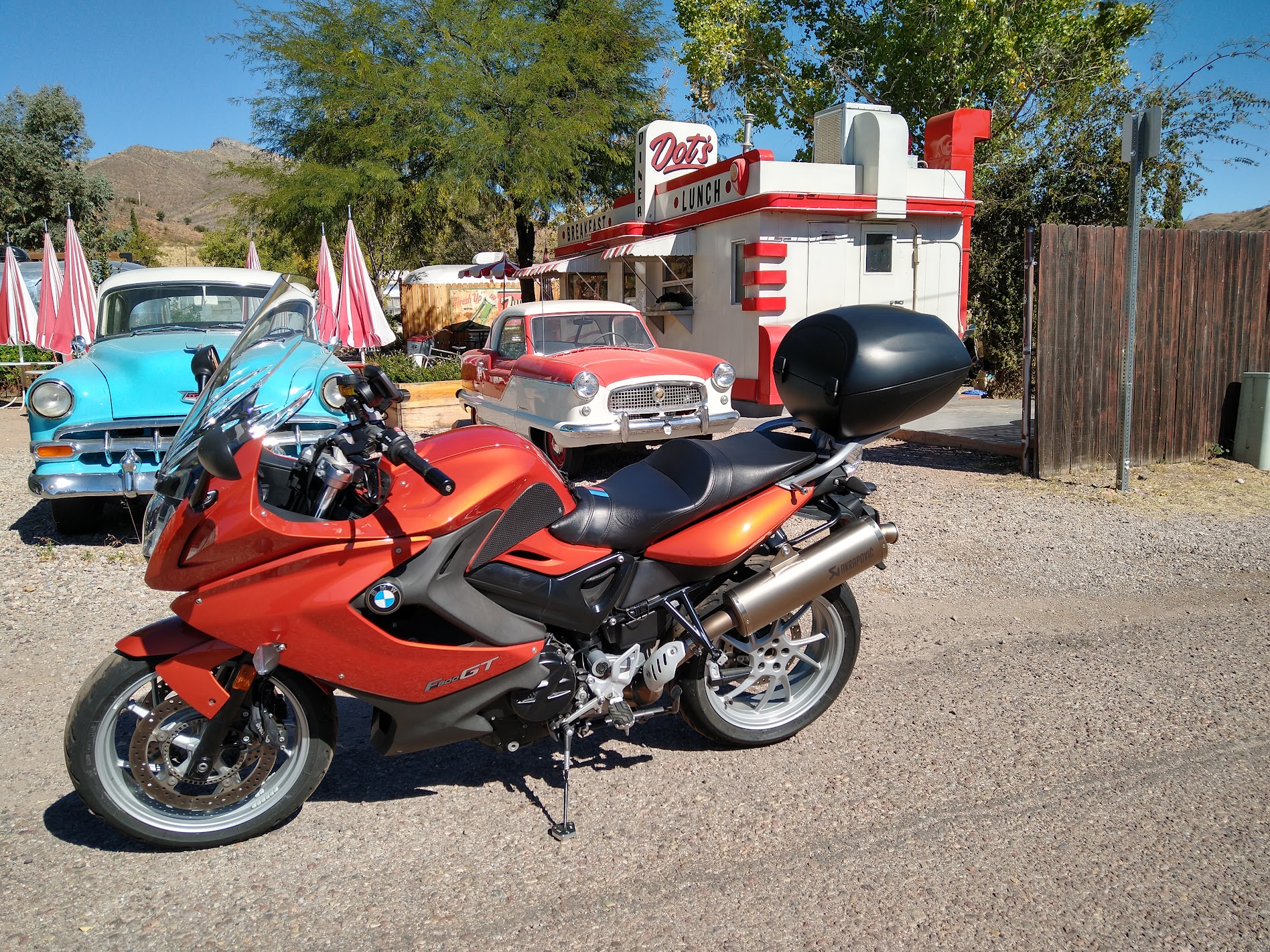 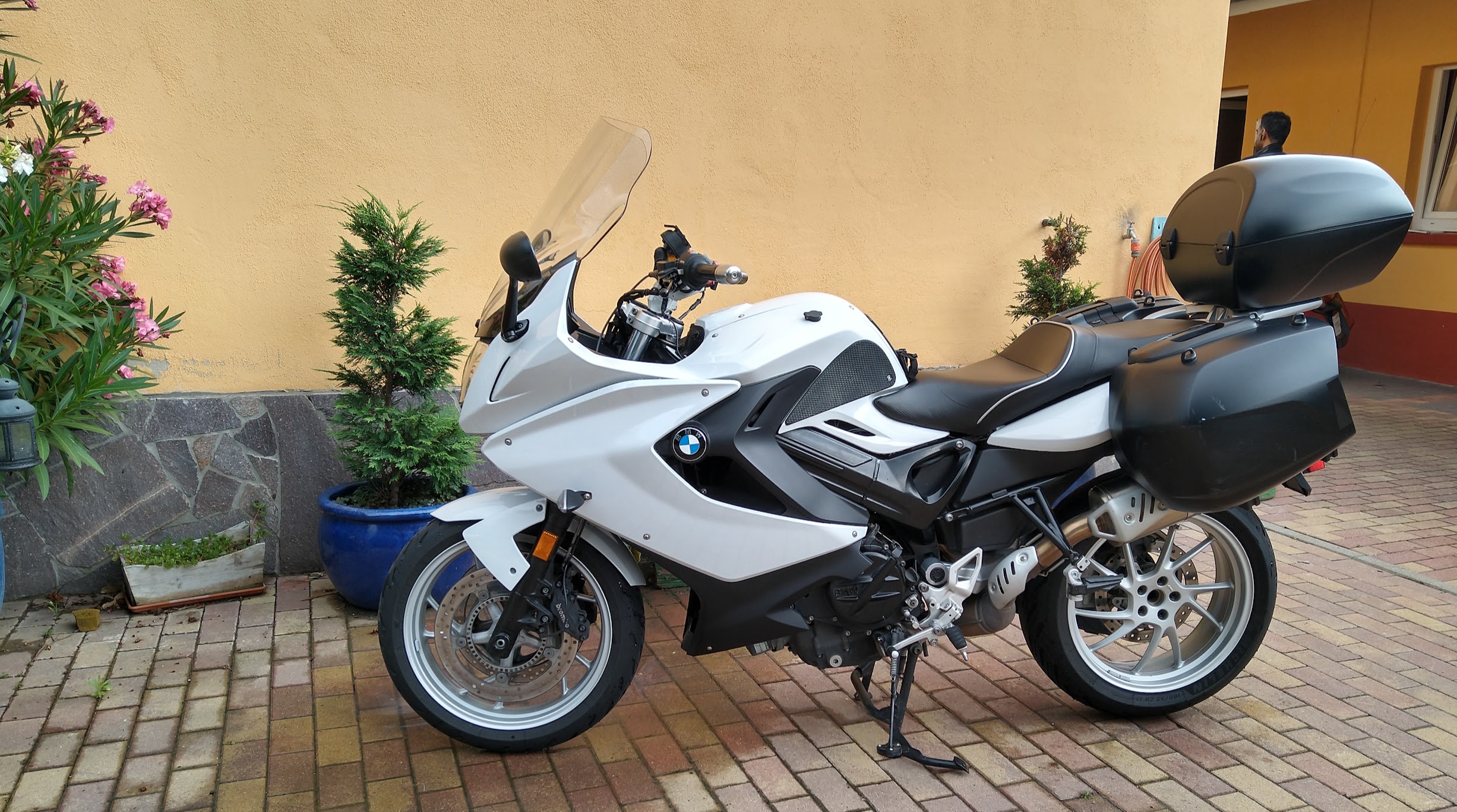 One option I've used before to cover scuffs is black reflective tape.

Might be better to repair w/ filler (as needed) and paint. A slightly textured paint can hide all sorts of sins. Of course you could sand them and paint gloss too.

smdub said:
Might be better to repair w/ filler (as needed) and paint. A slightly textured paint can hide all sorts of sins. Of course you could sand them and paint gloss too.
Click to expand...