Finally - after 4 years in the making 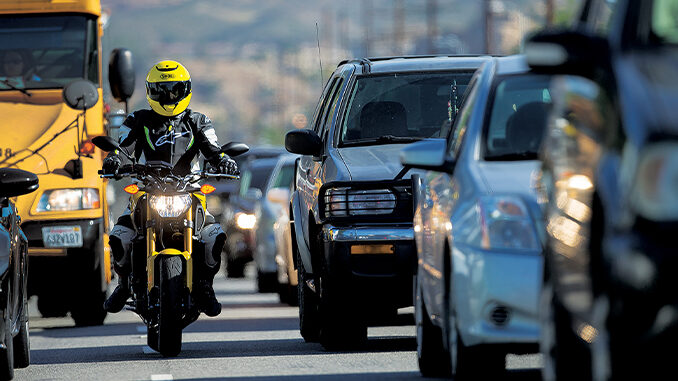 Arizona Gov. Doug Ducey has signed a law legalizing lane filtering after the bill cruised through both the Senate and House chambers with strong bipartisan support. The law now puts the state in the company of Utah and Montana.


The passage of Senate Bill 1273, sponsored by Sen. Tyler Pace (R-Mesa District 23) and championed by ABATE of Arizona, allows riders to cruise slowly between lanes at speeds no faster than 15 mph if the other vehicles are stopped. Modeled off Utah’s legislation, the practice can only be done on roads posted at 45 mph or less. It does not allow riders to pass on the shoulder or on the median


“This law has been four years in the making,” said Michael Infanzon, legislative director for ABATE of Arizona. “But we had a really great sponsor for the bill this year with Senator Pace. He is an active motorcycle rider and it was key to have someone who understood the danger of being rear-ended. This is all about safety and nothing more than part of the plan to reduce motorcycle fatalities in Arizona.”


With the law set to be in effect 90 days after adjournment, likely to be mid-September, ABATE of Arizona and the Arizona Motorcycle Awareness and Safety Foundation will be working with the Governor’s Office of Highway Safety and the Department of Public Safety to educate riders and the public on the new legislation.

Even though it's now the law, you know there will still be cagers that get upset over it. Always be on watch for doors opening in front of you...

oldschool said:
Even though it's now the law, you know there will still be cagers that get upset over it. Always be on watch for doors opening in front of you...
Click to expand...