If you're unfamiliar with the W800, first watch this gem:

In 2019, Kawi brought the W800 back to the USA in the form of the W800 Cafe, which, at first, I thought was hideous. But after seeing one in person, I realized they photograph poorly, and the paint is lustrous, the build quality is high, and I came around on the look, then fell in love and had to have one. The US-spec W800 has twin disc brakes with ABS and some slight changes to the engine tuning, suspension, a revised (reinforced and stiffer) frame, and a few other bits and bobs updated from the older bikes. The Cafe bikes also have an 18" front wheel instead of the 19" front wheel on the standard bikes, which the US also got in 2020.

The 2019+ is powered by an all-air cooled 773cc 360* EFI parallel twin. It sounds like it should, and it goes like it's 1967. In other words, not very fast -- but the engine serves up a very flat table of torque that has reached 90 percent of its maximum at less than half the red line. The result is a very nice "twist-and-go" throttle response in any gear at any time. The bike feels very retro to ride, which makes it special, all though the factory-equipped bias ply tires with straight grooves were a bridge too far and most owners replace them quickly with modern rubber. The bike feels faster than it is, which makes it rewarding to ride on an empty back road, but somewhat frustrating in modern traffic if you are keen on staying ahead of everyone. The big W is a thoroughly modern bike that feels and rides, and for all intents and purposes, IS retro, but without the reliability and maintenance headaches. Your penance is somewhat lethargic acceleration from a Kawasaki-claimed 47bhp and 46 ft*lb of torque which has to tug against the W's also very retro 490lb curb weight. If your desire is for a modern bike that only looks retro but goes, stops, and turns like a modern bike, you'll be happier on the seat of a water-cooled Triumph.

I've got about 7000 miles on my 2019 Cafe after a couple of years with it. It's basically a perfect motorcycle to me, were it not for the tubes in the tires and wanting for another 10-15hp at times. The engine certainly vibrates like a 360* twin, but is also equipped with a balance shaft that curtails those vibrations to a specific band of the rev range, mainly from 3500-4000RPM. Above and below those revs the engine is quite smooth, but you certainly know it's running. More unfortunately, however, is that with the stock gearing, 3500-4000RPM equates to 60-70mph in top gear, which is a very common cruising speed, and indeed the worst vibrations settle in at 62-65mph. However, the engine willingly spins up to the redline with no complaints, propelling the bike along at a predictable rate, burbling and popping through the twin chrome peashooters while the bevel drive for the single overhead cam sings along with the baritone pipes. Sometimes the sound it makes reminds me of a WWII bomber droning through the skies. 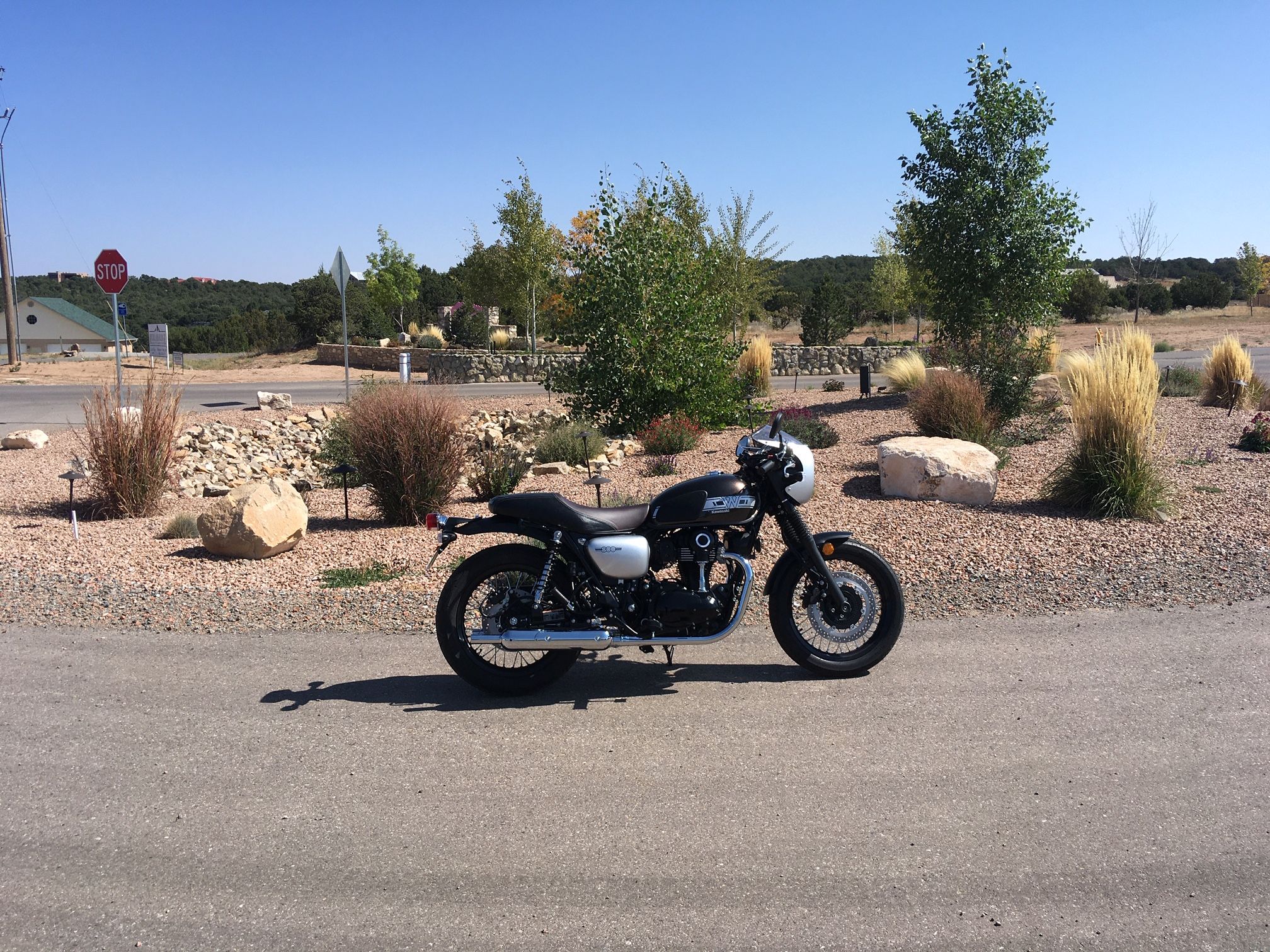 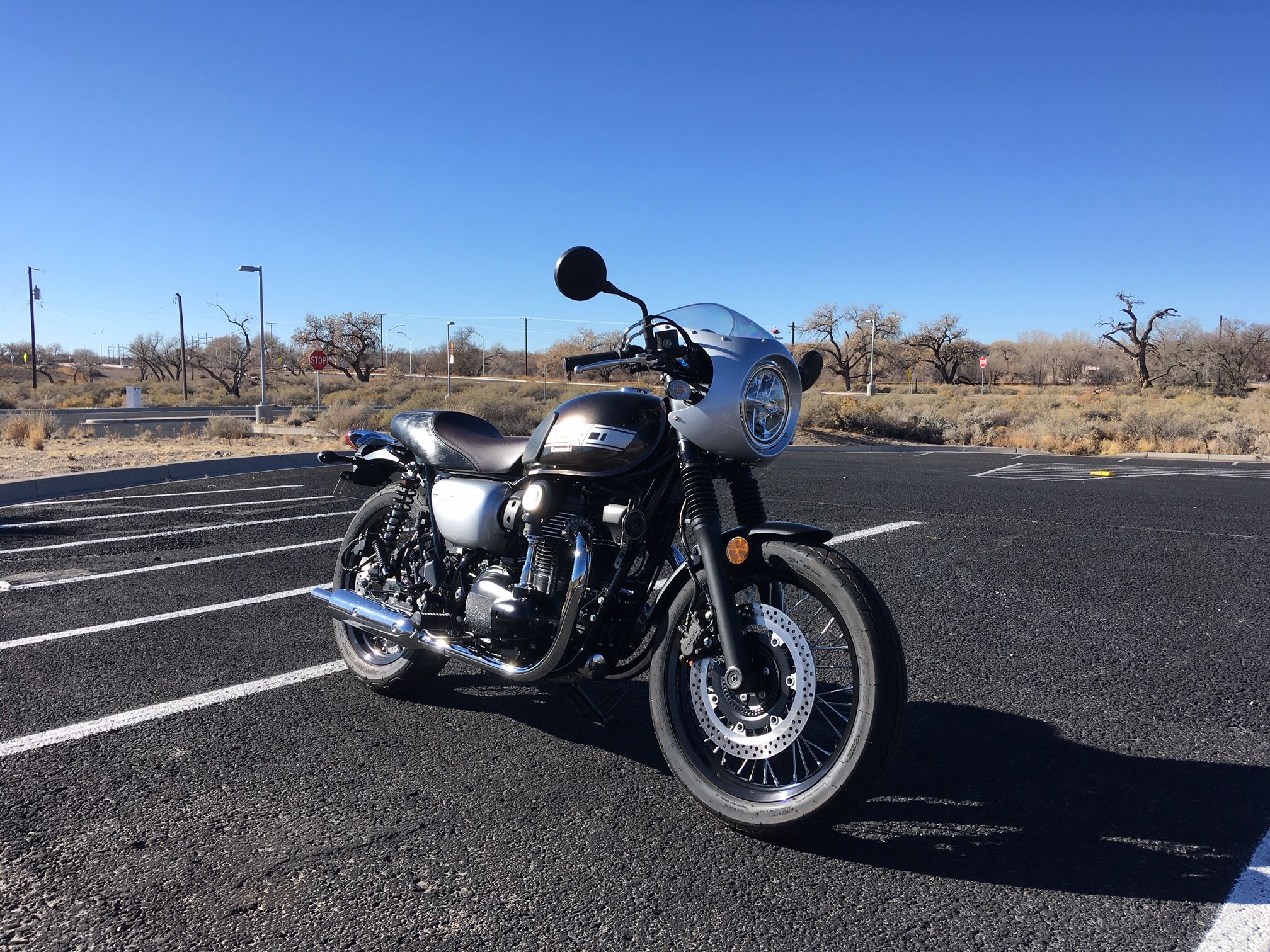 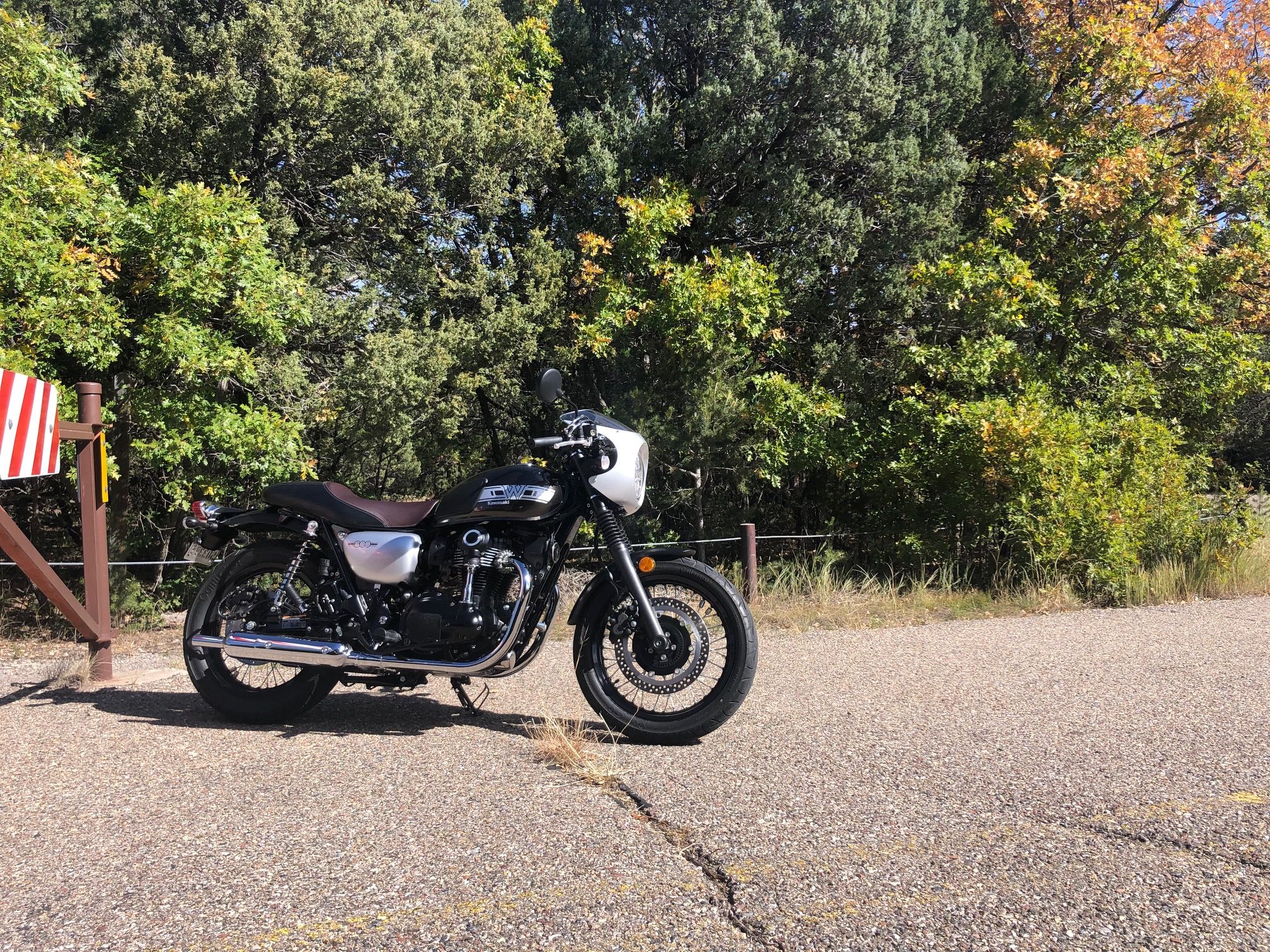 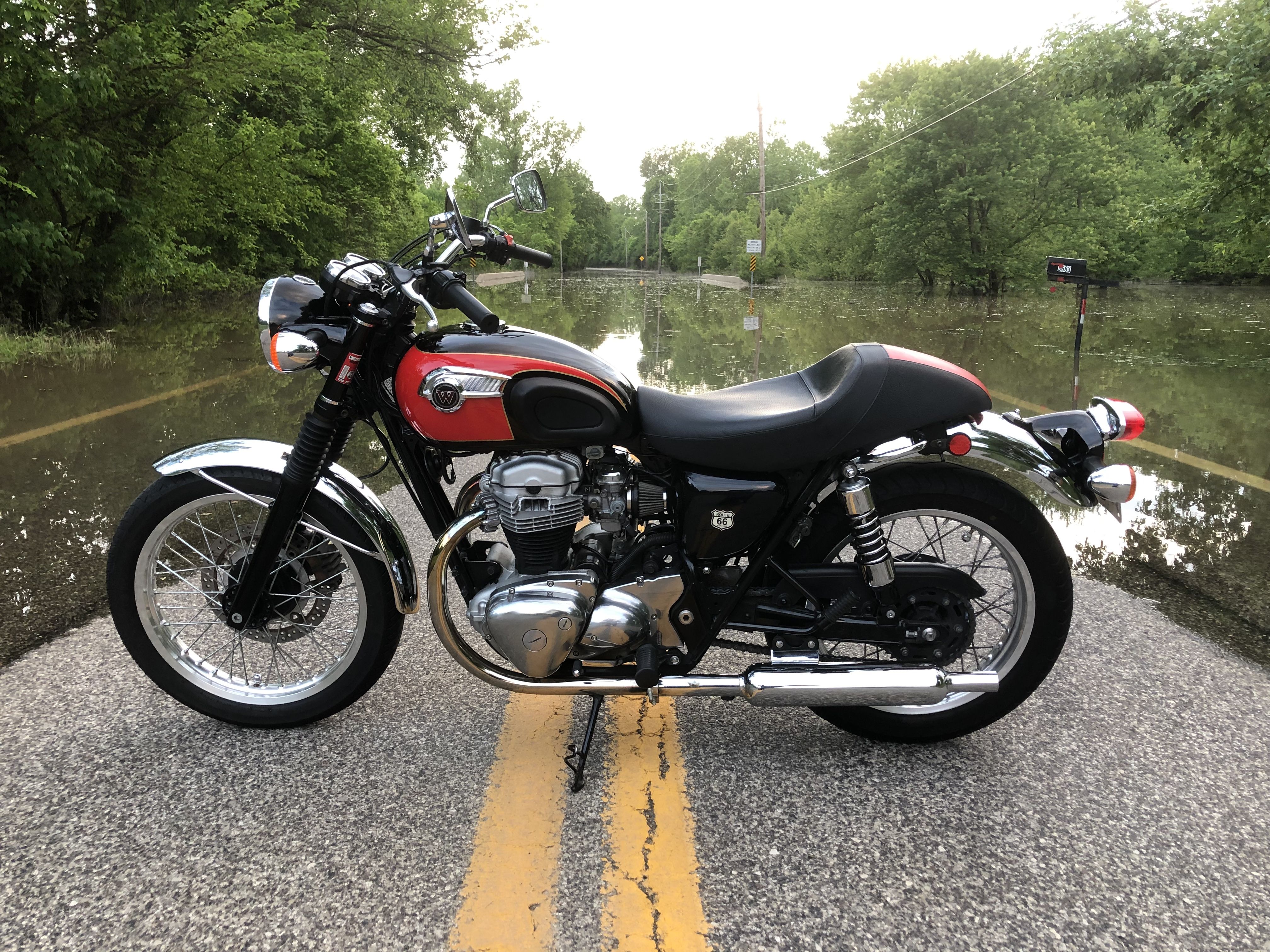 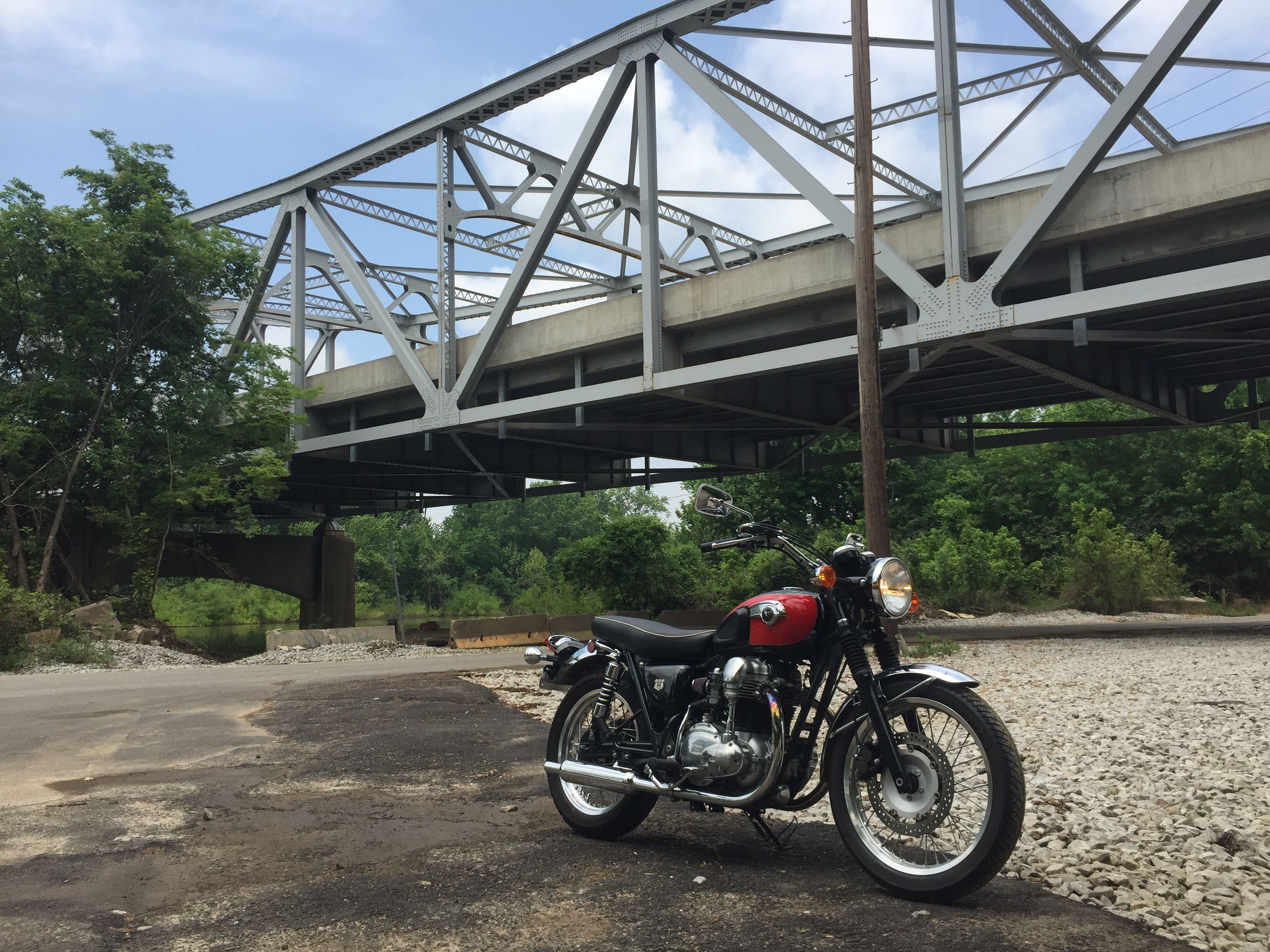 Not mine but spotted locally. 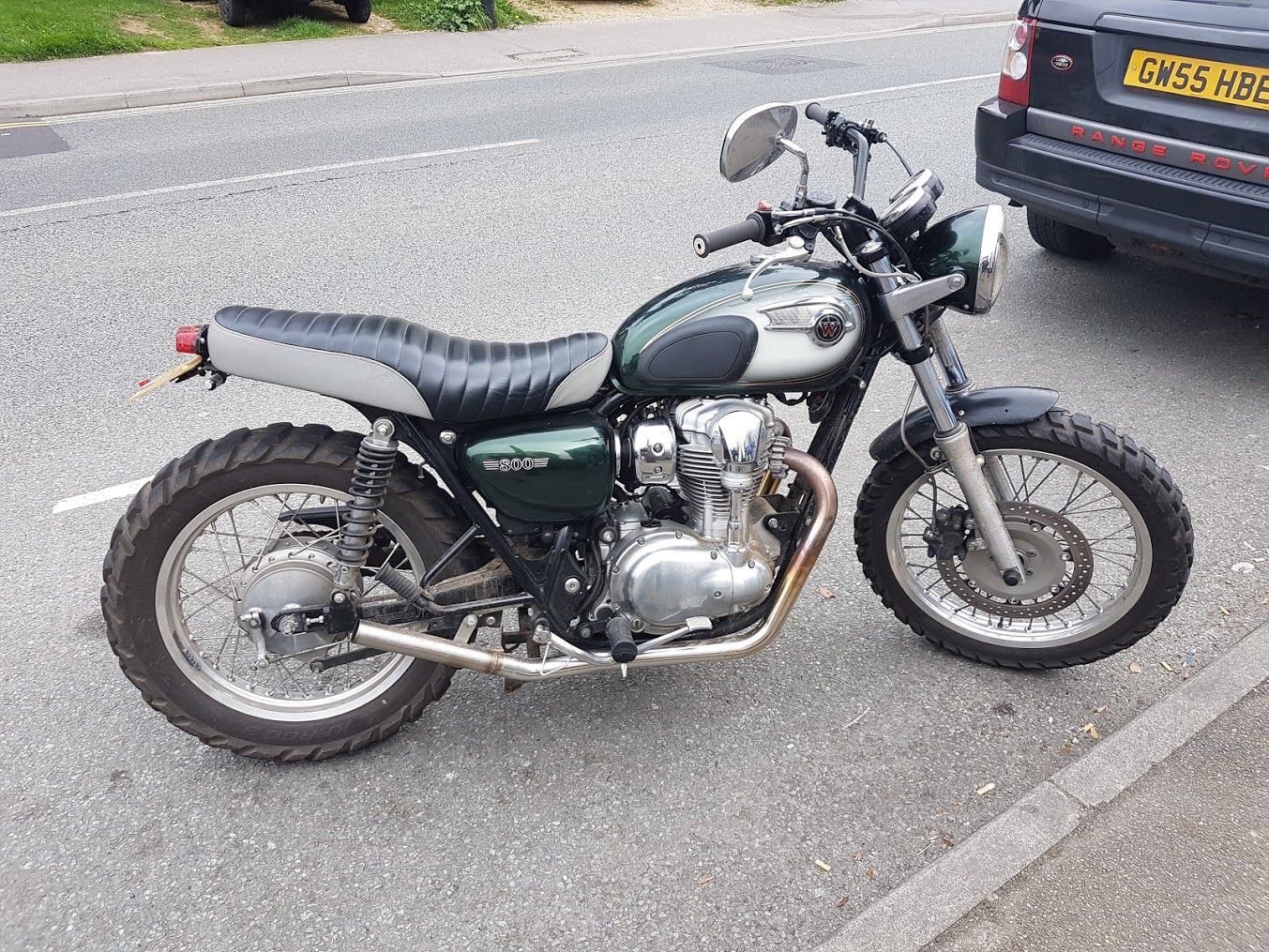 I think this one using the bolt on kit from LSL in Germany is stunning. 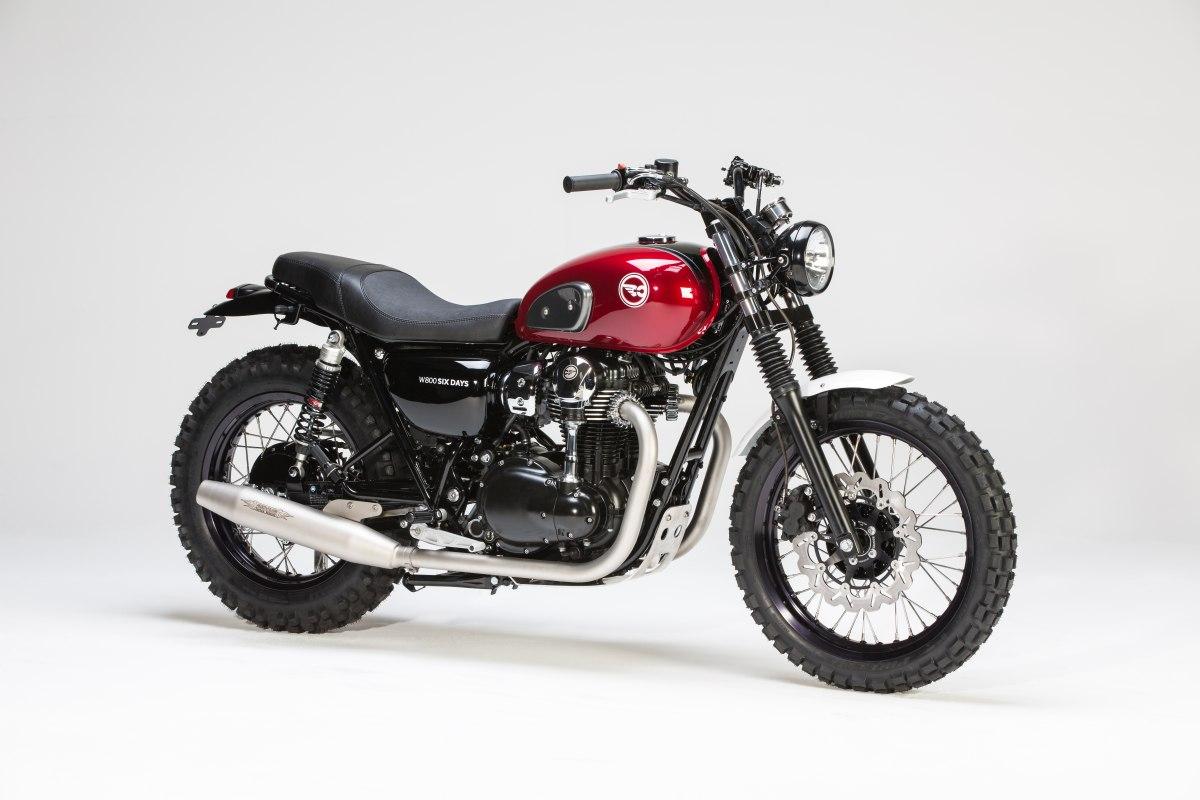