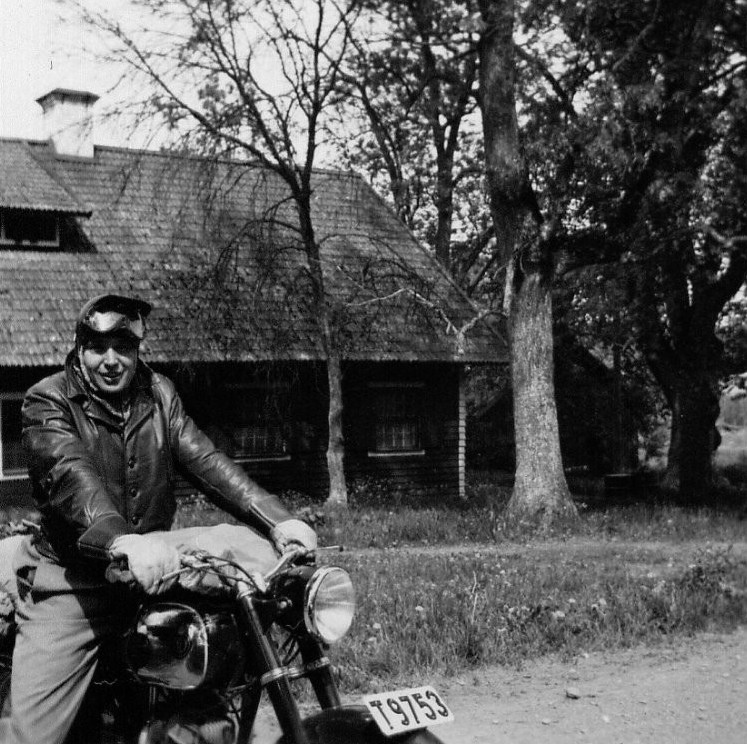 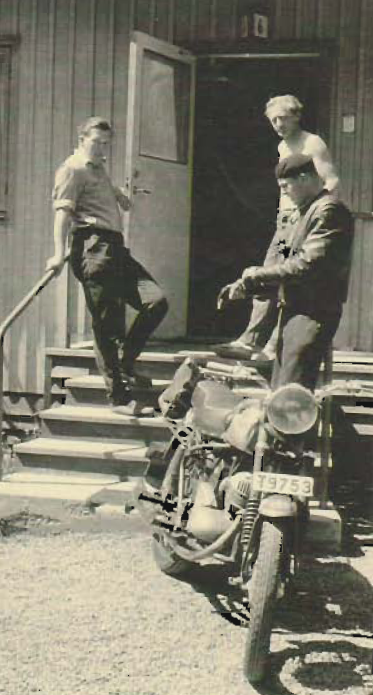 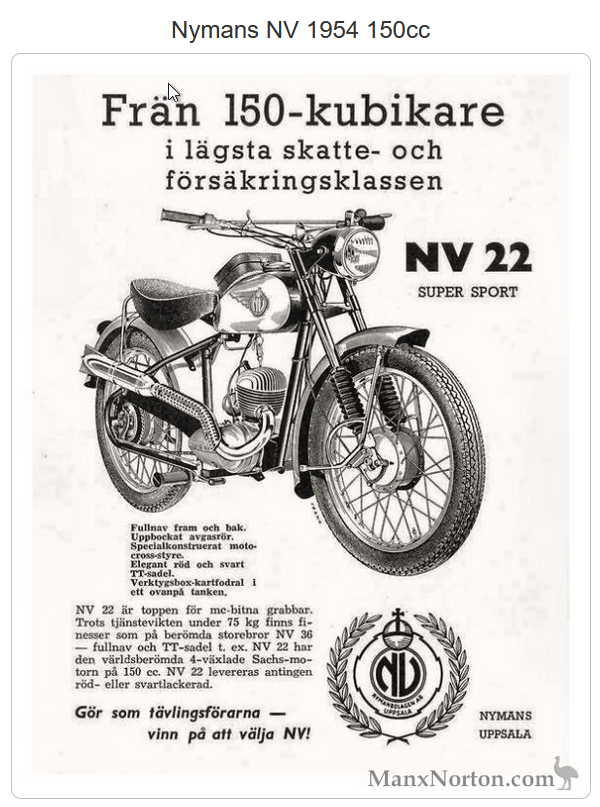 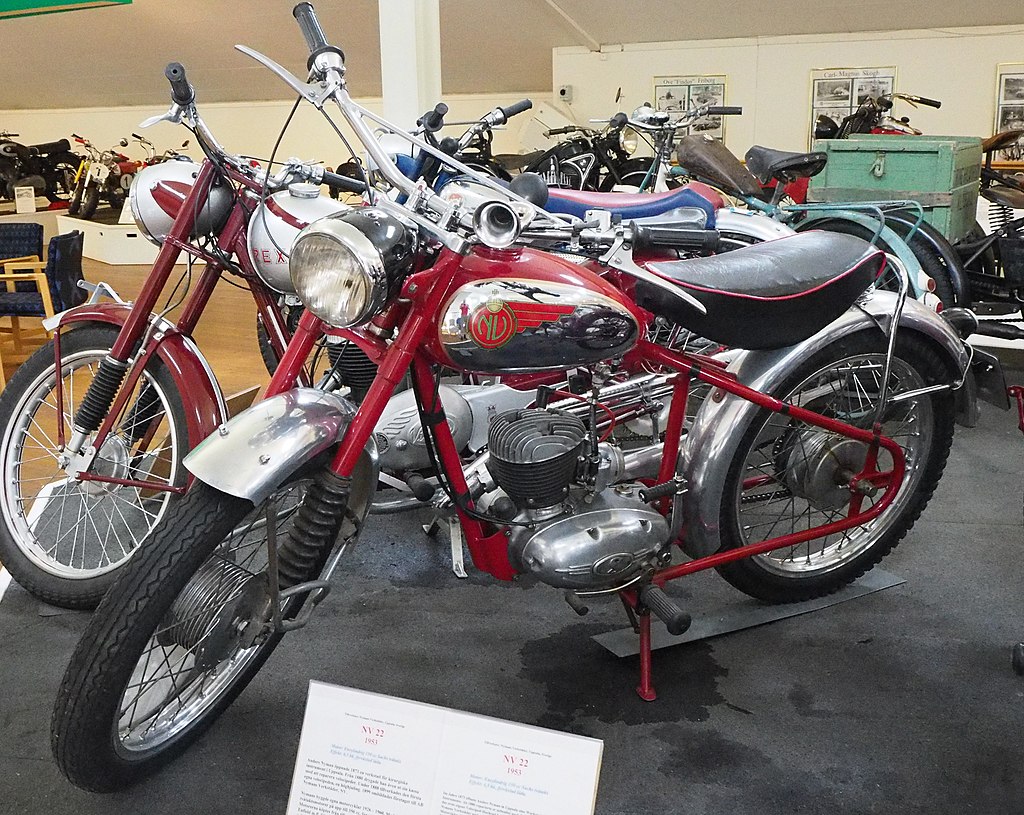 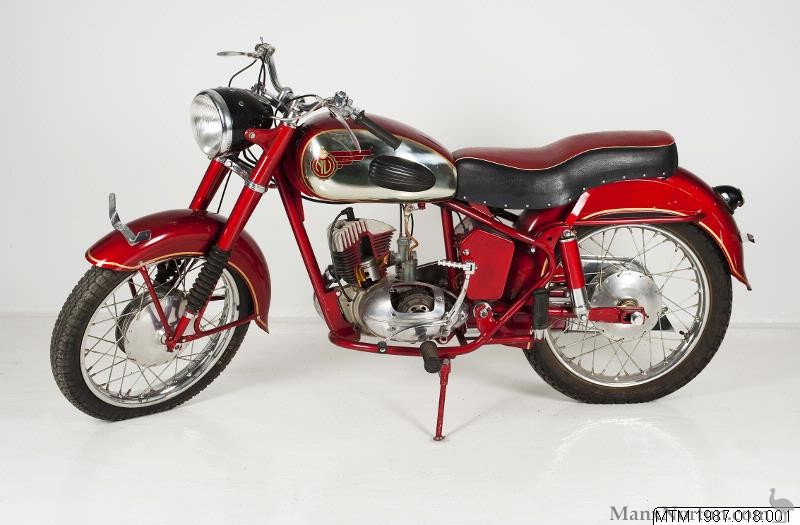 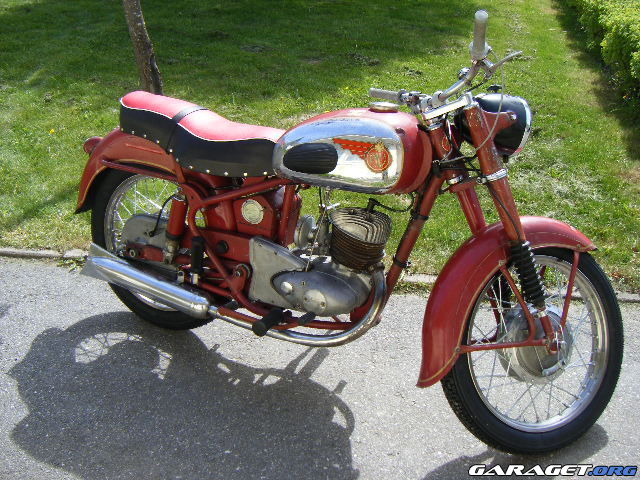 That's a good looking bike. What does one sell for today?

I have no idea on value.

They were better know for bicycles.. 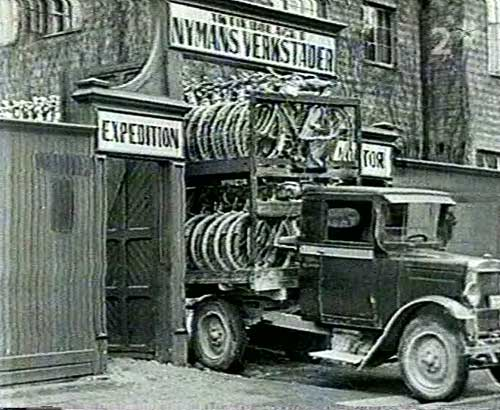 More on the Company and history --

Apparently in 1878 former instrument maker(!) Anders Fredrik Nyman opened a workshop for fine/small mechanic parts, and in 1888 the first bicycle was made, a highwheeler(?, large front wheel, small rear). Anders died in 1889 and his widow continued running the business. In 1893 their sons Jan and Adolf Fredrik became the managers and the same year the "A.F&J. Nymans instrument workshop and Velocipedfactory" was registered. In 1903 a motorized bicycle was presented, in 1925 their first motorcycle was made. In 1931 the company joined with Lindblads in Stockholm, who were manufacturing the Crescent bicycles at the time, and was also the ones importing Harley-Davidson motorcycles and Fichtel&Sachs Torpedo hubs.
Apparently in the following years they manufactured a number of models, each with different level of quality. Hermes in particular introduced as the "stainless steel bicycle with machined ball bearing races"(or equivalent).

1931 Nymans acquires Velicopedaktiebolaget Lindblad, who was the general agent for Crescent and agent for Harley Davidson as well as Fichtel & Sachs Torpedo.

1947 As Nyman's by now had acquired several other companies and firms, the name was changed to Nymanbolagen AB (Nyman Companies, Inc).

1952 Moped's birth. The moped breakthrough came when it was introduced as a new vehicle. No driving license needed and could be driven by anyone 15 years of age. The moped was a hit in the Swedish people's homes.

1954 Agreements concluded with german Fichtel & Sachs that meant that Nyman's mopeds would use Sachs engines.

1955 All mopeds change name to Crescent.

1956 Nyman's take over all shares in M. Berlin & Co Ltd in Värnamo producing mopeds, bicycles and motorcycles under the name Apollo.

1957 New motorcycle models that come out during and after this year changed their name to Crescent. However, model series that began production before -57 continue as NV. E.g. NV Jet Crosser 1956-60.

1960 Nymanbolagen teams up with with the other big swedish bicycle manufacturer Monark. Nyman is the parent company. With the Monark Group comes AB Tobo Bruk (radio and TV).

1961 The new Moped law. A major event in the moped world took place June 1, 1961. The new law allowed the mopeds to have a more "motorcycle-oriented" appearance. Pedals were no longer needed and 50cc engine with maximum speed of 30km / h (which could easily be remedied) was now standard.

1963 The last "real" Nyman bicycle is assembled in Uppsala. Bicycle and moped manufacturing is moved to the Monark factory in Varberg.

1964 Monark is completely incorporated into the parent company of Nyman. The new name for the company is now Monark Crescent Company Limited - MCB.


Nyman's shield
...was created in 1947 when Nymanbolagen AB was registered. The four fields represent the major brands of Nyman; Crescent, Hermes, Nordstjernan (North Star) and Vega.
The Nyman shield can be seen on most NV and Crescent mopeds until the final consolidation with Monark in 1964.
The Nyman shield could also be obtained through competition. It was available in bronze, silver and gold.


Origin of the Crescent name

1897 The company American Cycle Imports Eli Pettersson & Lindblad, August was founded in Stockholm. Eli & August decided to import bicycles from American Crescent Western Wheel Works company in Chicago that were globally large bike manufacturers. 6000 Crescent bicycles were taken in and sold out in six months.
1907-08 Swedish production of Crescent bicycles starts.
1910 The company changed to larger premises and changed its name to Velicopedaktiebolaget Lindblad.
1931 Nyman's acquires Velicopedaktiebolaget Lindblad and gets the model name Crescent in the bargain.
1950 Nyman's has majority shares in stock companies Velicoped Lindblad & Velicopedaktiebolaget Crescent.
1955 All Nyman's mopeds changed name from NV to Crescent.
1957 All NV motorcycles renamed to Crescent.

The Crescent shape is seen in the head badge on bicycles and mopeds. Also in the front fender ornaments on bicycles.