Many many years ago when I was younger, dumber, and invincible, I would blast around the winding backroads of the Four Corners region of the US on my very first street bike, a Ducati Monster S2R 1000. I even took a few near-iron-butt rides to go watch my brother race asphalt sprint cars in northern UT and southern ID. This writeup is from the first leg up to Twin Falls, ID on a Friday after getting done with my summer job at a machine shop. I hit lots of neat stuff on that ride... Flaming Gorge, The Million Dollar Highway, the Ames Station (the world's first generating station to produce and transmit alternating current, in Ophir, CO), Little America WY (do yourself a favor and read that book)... it was a fantastic 2.5 day trip covering a little over 1600 miles. I ended up spending that first night in a tent north of Moab, my two-piece leathers as my blanket and my backpack for a pillow. I was woken up by some dual sport bikes who probably were wondering how I got there. Never mind the potato-quality of the photos... this was back in the heady days of 2008, and the digital cameras of the day weren't quite what they are now. It's strange to think that this all happened 14 years ago. 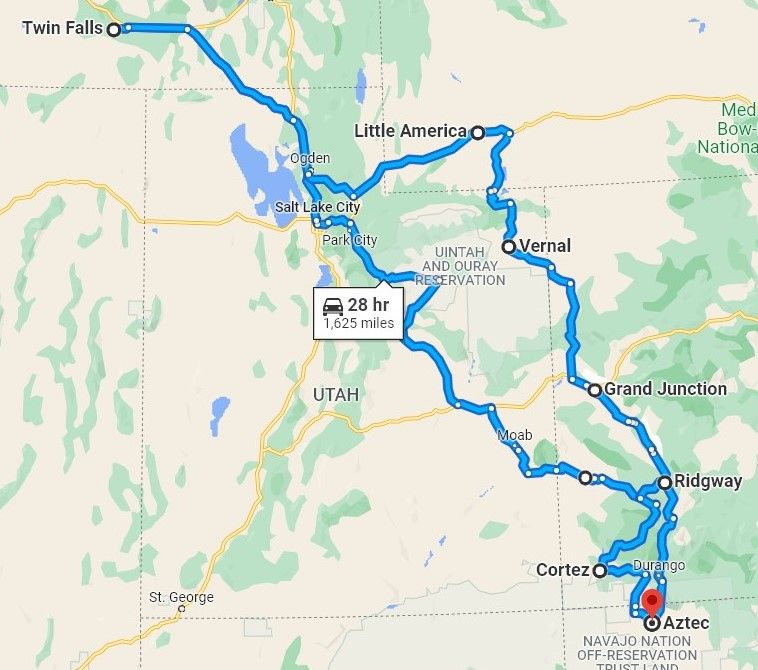 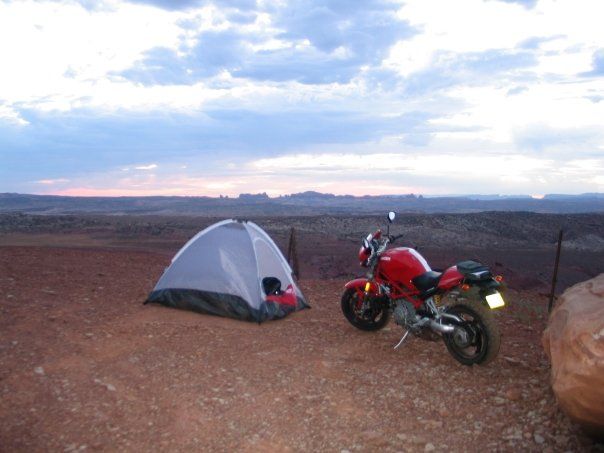 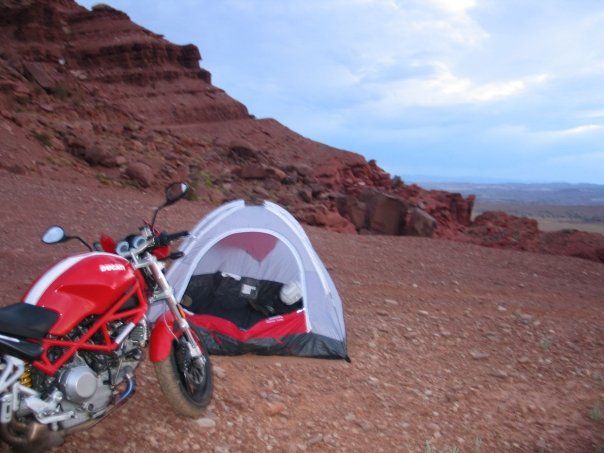 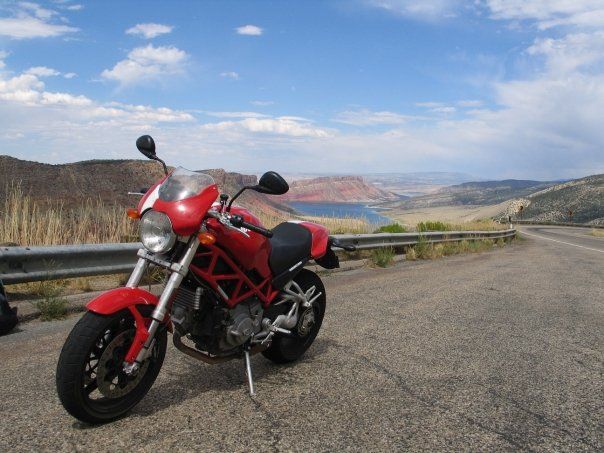 Anywho, at this stage of my life, I was heavily under the influence of Dr. Gonzo himself... and tried to draw some of his writing style way back when I wrote down the story of a late night, high-speed run from Ridgeway, CO to Moab, UT down CO 62, 145, 90 & UT 46. I highly recommend this little stretch to anyone who enjoys desolation and long stretches between sightings of other human beings... for me, it never got strange enough. I enjoyed every minute of it.

It was late... probably 10 pm or so and I had been up since 5 that morning. The sun had gone down hours before, and the only light in that desolate valley was mine as I screamed down Colorado 90 headed towards Bedrock and the La Sal mountains beyond. Cold, tired, and with a lot on my mind, I should have stopped, pitched my tent, and conceded defeat for the night.

But the beast in me wouldn't stop.

Full tuck, hiding behind the scrap of plastic that served as a windscreen, I watched in amazement at the speedometer. The darkness, the howl of the wind, and the sheer murderous joy of seeing my life zipping by below me at 140 miles an hour. I couldn't hear the motor over the wind... but I could feel it scream and pulse under me... feel the valves clicking, the clutch grabbing, the pistons flying... all at warp speed with nothing to stop the murderous power hidden with that aluminum carcass, except me.

I couldn't let it stop. I couldn't shut down the beauty of that point in time where life was measured in milliseconds. Where every glint in the bushes represented the devil himself coming to end my taunting and teasing... to reap the fruits of sowing that beast in my soul.

The beast calmed as I passed through the town. Best to lay low. Don't want to get caught now... the mountains ahead calling to me, begging to be ridden.

The turns came too fast. I was having a hard time slowing down before the lean and didn't know what to think of it. Were my breaks gone? Surely not.. the bike was new. Until then, things had come and gone too fast to worry about speed, so I took a look down. DAMN. That's why I wasn't able to slow down as fast as I wanted... I was three digits deep and climbing. The beast was alive again. Chomping at the bit, tugging and ripping at the leash that held it back. The pavement to my right... the sky to my left. Whip it over and look to the right to see the stars above... look to the left to see the pavement that held me but, at the same time, would eat me alive if I pushed too hard. Stand it back up and tuck tight. Build the speed. Had to make it to Moab.

The world wasn't stopping... no reason for me to.

It's a dangerous and addicting thing... letting that beast in. Allowing it's soul to take over yours. You live to feed it... to keep it healthy, hungry, and ready to take over again... to hang on to the edge with bare white knuckles and tears of pure adrenaline streaming backwards across your face.

The power, the roar, the hunger, the desire to push harder and faster till the world bites back... that's the soul of the beast. And it's consumed me.