I'm quite pleased with mine! 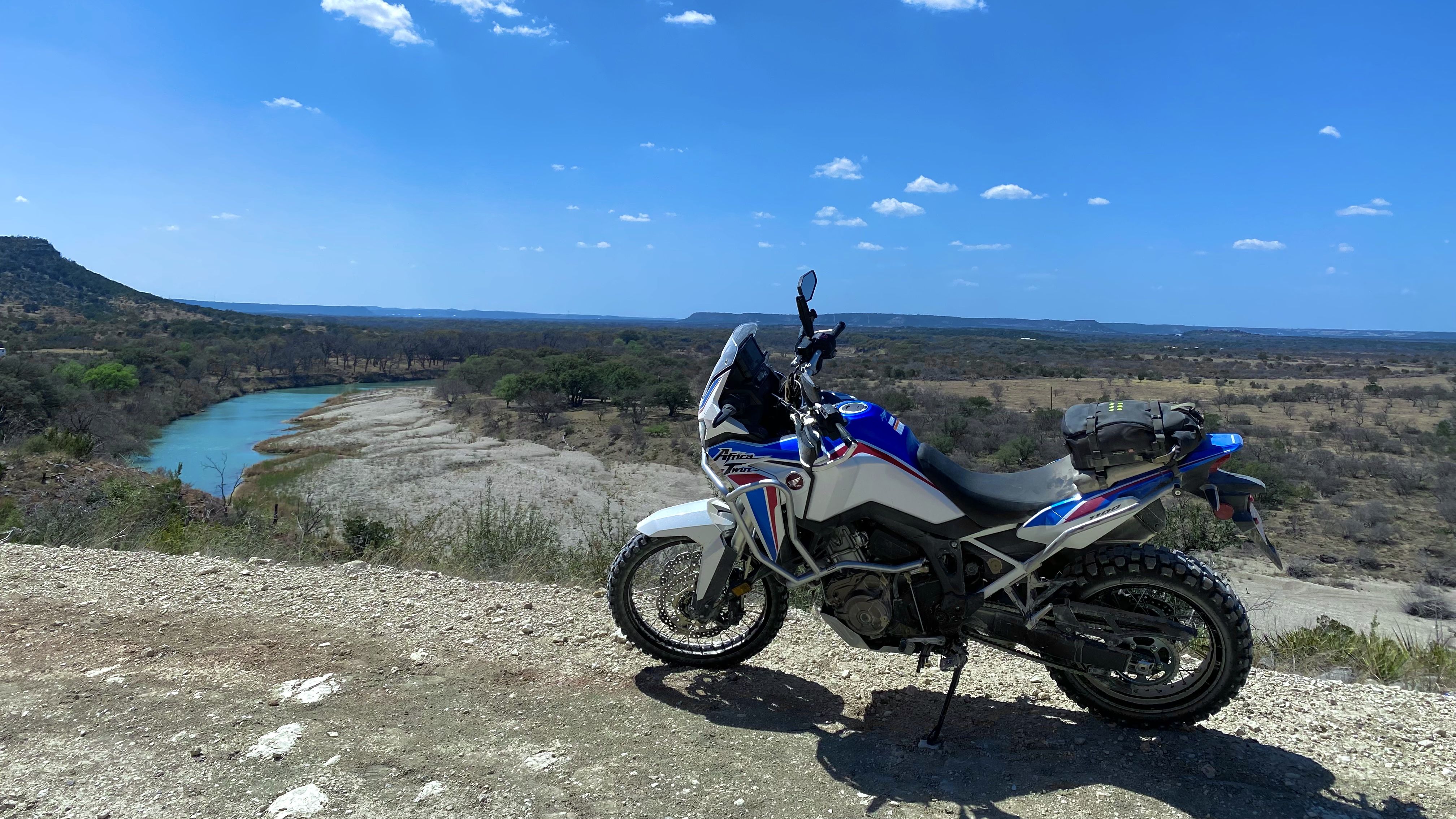 Since CarPlay needs a cable for data rate, where are you guys putting your phones in case of rain? New iPhones are IP68 it Apple says do not plug them in when wet.

AirbusFlieger said:
Since CarPlay needs a cable for data rate, where are you guys putting your phones in case of rain? New iPhones are IP68 it Apple says do not plug them in when wet.
Click to expand...

I put mine in top case or tank bag, I don't want to bothered by phone when riding.

I have decided that in the ADV genre, an Africa Twin Adventure Sports will be my next ADV bike.

Next is to ride an ATAS.

What sets the AT apart for me:

-Weight, lighter than other ADV's, narrowing the power deficit, and easier to maneuver.

-Suspension. Some complain of light springs. I don't ride to where I bottom out anyway, ride solo and light. Not a factor and I like a plush ride.

-Electronic options. Reviewers complain about the complexity of the menus, number of buttons. This to me, means flexibility-a bonus. Other manufactures with riders aids and electronic suspension have presets and that's it (not cool on a $20k bike), or have some flexibility, but the AT has the most options for user settings.

-APPLE CARPLAY!! This is a big deal. I'm going to love that.

-Chain drive. yeah but AirbusFlieger, chains are so high maintenance! Whatever. Adjusting a chain every 5-8k miles is easier than dropping a final drive to lube splines on a "maintenance free" shaft -cough-BMW-cough... When in doubt, carry and extra chain and if that's too much for you, a good master link. Put an oiler on the bike and the chain will be nearly maintenance free. Chains are lighter, transfer power better. Chain oilers are cheap (you can get a fancy electric one, but one of those failed on last year's Iron Butt Rally and nearly DNF'd the WINNER on leg 3-he was on a Hyabusa) his chain was absolute toast and kinked badly-get a simple and reliable oiler, put oil in it and never worry.

-It's a HONDA. I've never broken down on a Honda in 47 years of riding. Ever. I've owned several.

-Dealerships. Not as prolific as H-D dealerships but there sure are a lot of them! In the US and globally.

One a side note; the 2nd gen AT, I think, is suffering from the reputation of the 1st gen which got dog-piled after the honeymoon was over. Maybe that's just my misconception...

Concerns:
-Wind buffetting. My VStrom buffeted so badly, I tossed the windscreen out in the middle of a ten day ride on day two. Never put on another one. My GS's buffeted some as well; I jiggered it around until it was livable, but never quite dialed the windscreen in. Reports suggest to expect the same on the AT. Also, the adjustment takes two hands... either an engineer was hungover on "design the windscreen day" or it was left to an intern or other non-rider. Serious flaw but one I can live with. Set cruise control, reach up and adjust. Harley's Pan America's single lever design is sweet.

-Power, yes I said power was good enough. But 120 would be the sweet spot on this bike. I will probably do a pipe and dyne tune to shed some pounds/add a little bit of power. I'd be looking to add 10% so not quite 120hp but that will be better than stock and with the lighter weight, another bump in power/weight ratio.

Bikes I rode and looked at:
-H-D Pan America. Awesome bike. Engine sounds like it has marbles in it. It was relatively smooth but it sounded like shit. Also, the engine was a bit manic, peaky. I hate that. It's still pretty new and I almost never buy the "A" model of anything. We bout the first year Jeep Wrangler 4xE (turbo 4 hybrid) and we love it! But that thing spent four months in the shop because of powertrain issues. Every decade or two I get an "A" model of a vehicle because it's just so damn revolutionary, then shit goes wrong.... I'll reconsider the Pan American in a generation or two. I'm sure if H-D does it right, and assuming they don't chop it from the lineup (hey, it's H-D, they do that...)

-GS. The GS is a good size, I love the boxer engine. But, ultimately, it still big and wide, and standard GS has a small tank, the GSA is a behemoth and has an 8 gal tank, but the AT AS has a "just right" sized tank. Weight, girth, tallness, go against both GS's for me. And, that dumb assed BMW app. Beautiful screen, then a proprietary app.... Limited custom options on rider aids/suspension. BMW really tripped up on the tech.

-Triumph 900 and 1200 Tigers. Skyhook is great, tech is great (CarPlay!) but... I don't know... still tall and wide. Can't get my head wrapped around it costing so much. Seems like some brands are trying too hard to be "premium", and the Tigers just try too hard in several ways. Just doesn't resonate with me, can't put my finger on it. Not fan of triples so that's part of it.

-I looked at KTM's models on their web page, and that's as far as I got. They are just too over-the-top in every conceivable way for me to own. They are like a crack-addict version of GS's. High strung, stiff, tall, mx intensive, shady rep for reliability, limited dealer network, expensive parts, garrish styling, all of it, jus too much. It's not a brand I'd touch with a ten foot pole. They have a very loyal following, including one of my best friends and riding buddies; And I say bully for them. Ride what you like!

There it is. No one gives a shit except my mother, and that's okay. Maybe this is useful for a reader.
A.F.

Looking award to getting into an AT AS this Spring. 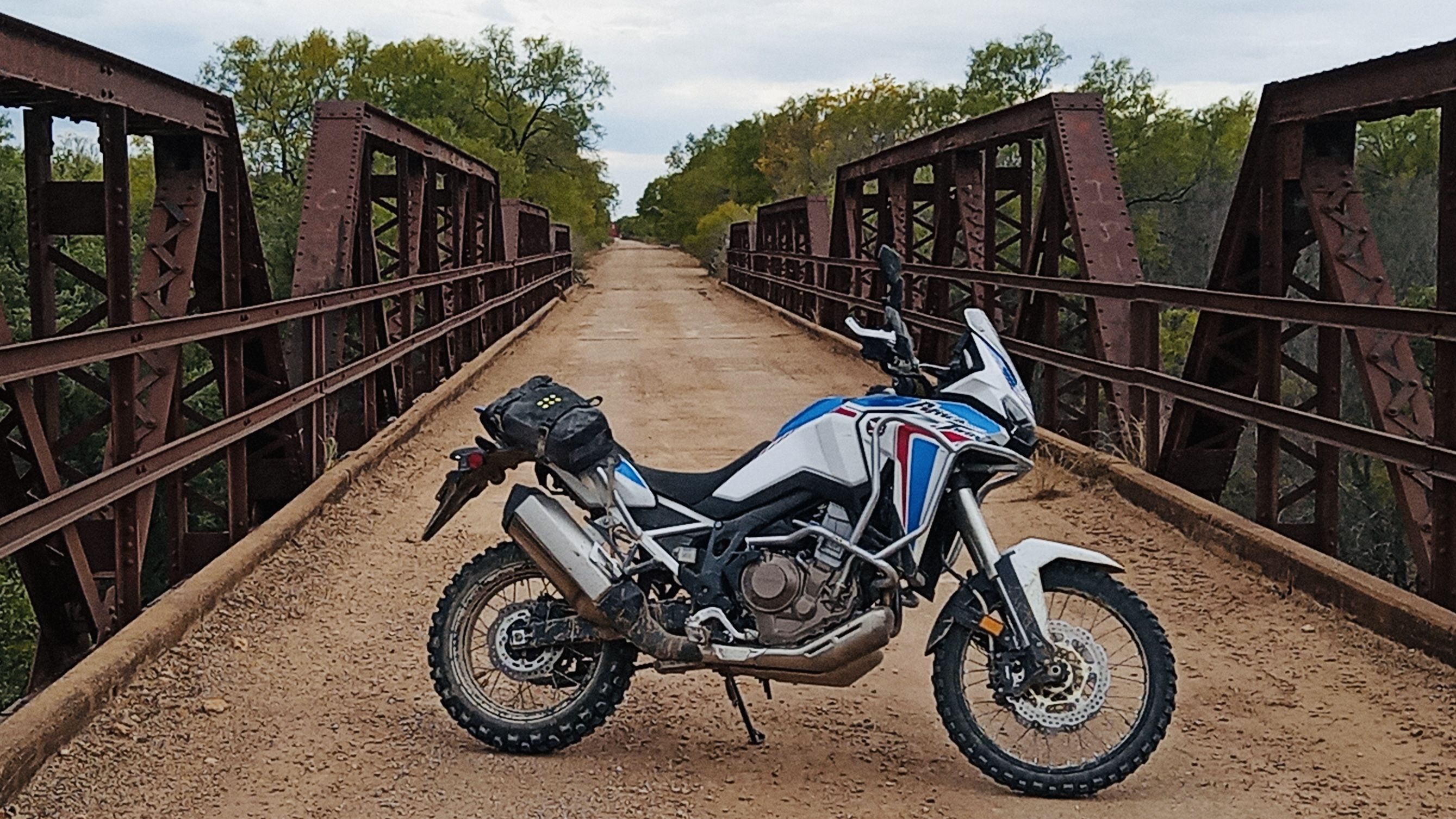