I think I posted about this on the other site in a generic thread - but thought it deserves it's own thread.
Basically I wrote a proposal to the FIM for funding to improve Trials in Canada. They approved 15,000 Euro for this year to get things started.
Things are off to a bit of a slow start as I had a few questions for the FIM and they have been busy with the recent conferences.
however they got back to me this week and I have a call setup with FIM Deputy CEO and Operations Director to iron out the questions I have (especially about how the funds can be used).
If anybody has any thoughts on how they feel FIM funds could be used to improve our sport I would be very interested to hear them.

I think the question is how do you want to grow it? Through young riders starting on a trials bike? Or, Enduro riders looking to cross train? (I dont think this equates to long-term growth). Either way, I wonder if a strategically timed "come and try trials" weekend might be good for the sport. 🤷

In my region they used to have a cross-training school open to all people who know how to ride a motorcycle and wanted to try trials. At the time I had only even ridden a street bike but they said it didn't matter.

They pulled together a bunch of older bikes that riders had brought alongside their competition machines and loaned them out at no charge for an hour's worth of instruction before the event began. The only payment was that you had to work a section alongside an experienced observer. So it was a great way of not only getting potential new participants but also getting checkers for the event! I was hooked from the minute I tried it.

I share this as a potential starting point of an idea. Could the money be used to defray the costs of running such a "school" at multiple events around Canada? Or to pay for any marketing? I would think you need to find people who at least have some interest in riding on the dirt.

edit: I'll add that having local dealer support is helpful. In my case my bike wouldn't start, well one of the dealers is also a rider and he loaned me his Beta Evo 125. When it came time to buy my first new bike, I went to him (Powerline Cycles, Mahopac, NY) out of loyalty to him giving me a start in the sport.

I know it's not the best audience for this goal, but it's the Canadian mx still running a national series? Maybe at least show the bikes off a bit.

Indy Trialer said:
I know it's not the best audience for this goal, but it's the Canadian mx still running a national series? Maybe at least show the bikes off a bit.
Click to expand...

That is what I was thinking, get the sport on TV.

More great news on our National Initiative this week, I had a really good Zoom call with the FIM Deputy CEO and Operations Director (Damiano) on Friday. He is a super nice guy and was very supportive of what we are trying to accomplish with our Trials initiative.

He stated that the FIMs current position is that they would very much like to see the CMA and MCC working together for the benefit of all Motorcycling in Canada – which is something that this Initiative has been working very hard to help facilitate. Damiano stated that he felt we might be being a little overly “ambitious” with all we are trying to do with this project but agreed that it is better to challenge ourselves and see how much we can get accomplished than to do nothing.

Damiano is happy to get us in touch with the FIM Trials commission and anybody else we feel could be of help when we feel we are ready. His only real concern for the project (and the funds they have provided) is that the FIM gets 15k Euro worth for their money… ie the money is well spent in our efforts to promote Trials in Canada. He also said if we struggle to get things completed in the 1 year timeframe we just need to send an email and they can easily extend the date for us. So overall very supportive and really no road blocks standing in our way.

We all appreciate all the time and effort you are putting into this effort!!

Thanks Jay !
My current thinking is to reach out again to all the clubs and bike distributers, like I did around this time last year. It is surprising how much can change in a year and the only way I really see this working is if the riders, the clubs, and the distributers (in that order) are seeing a benefit from it. I know some were not happy with us investing in sending a TdN team last year, so hopefully this separate bucket of money (that can not be used for TdN) will be seen as a positive.

For anyone interested here are the initial results from reaching out to all of the clubs and Trials distributers across Canada. I am very happy to report that all but 1 club responded as of today (after many follow up emails for some). 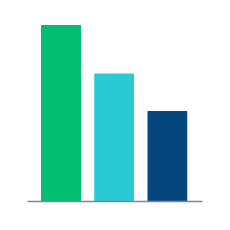 I also had a question about how many of each class of rider each club had but survey monkey doesn't include those types of questions in a dashboard like this... so I will need to analyze the numbers and the comments that don't show up on the dashboard and create a report on the overall survey findings.