Surprised not to see a section on here for the R 18. 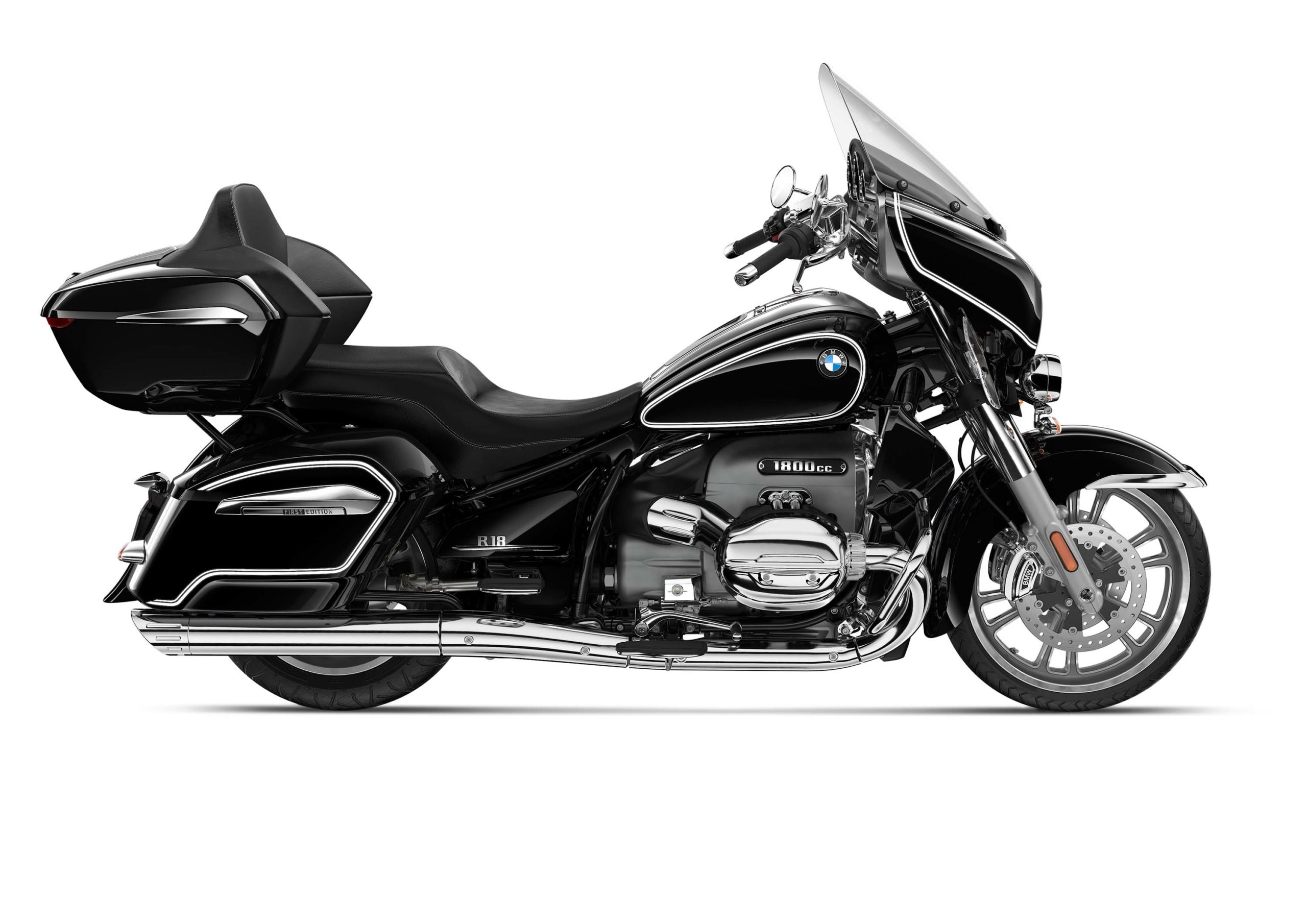 TravlinLite ,is this your bike?

south east okie said:
TravlinLite ,is this your bike?
Click to expand...

I said as much on the other site, and so far I have been proven right. Sales have been poor at best.

I was riding through OKC a few weeks ago stopped at Eurotek and looked at one.

Looked to me like if you wanted to spend way more time polishing chrome than ridding , that's the bike for you.

About the only thing you can demo if you do not arrive very early. They are always available. JSNS

Toter said:
About the only thing you can demo if you do not arrive very early. They are always available. JSNS
Click to expand...

Did you ride one?

I love the look!

Well especially if you loose the fishtail pipes, and finish the bike with pin stripes on the front fender, and with that above mentioned 50HP +. Not sure 50HP is enough on that weight, but it would be a start.

How would they expect Brick and Boxer owners to buy a bike so under powered, and so overweight? I mean I ride a 540lb bike with 125 HP now, so to get on a 900lb bike and only get 91 HP to make that move, it is a looser before I decide I like it. We wont even talk about the 1600's that would leave this thing looking for it's self. Weighing in at 789lb and 160 HP why would you move or want a R18?

I know different bikes but if your going to make jugs that big it should mean something. Like I said I love the look but it is all show and no go. So unfortunate, the are going to go the way of the C model and that is a shame. And I am too old to wait on one to come up used, cheap, like the C's are now.

TallMark said:
It has a lot more torque (116 vs 92) and that will make up for our plus size passenger and stuff
Click to expand...

The current GS has more torque too, depending on your measuring system. But weighs a LOT less. 11 ft pounds of torque can't make up for almost 300 pounds of extra weight.

TravelinLite said:
No Sir, but it sure is nice looking. Now if it had another 50hp, maybe. But at 942 pounds at 91hp, it seems a bit weak.
Click to expand...

No not for me im out of here, its just too heavy i am feeling intimidated just thinking about that much weight.
Imagine it loaded up with gear ? I used to grumble about the XS1100 nicknamed it "if pigs could fly". at 600 and a bit lbs its a friging ballerina compared to that thing.
Dont get me wrong love the looks/ style and the power does not bother me, but couple that with that weight. No Sorry not for me . Just sayin.

After reading through the posts it appears everyone has an opinion about the r18's weight and power yet no one has actually ridden one. I've purchased two bikes in the past eight months so how about one of youse guys taking a bullet for the forum - buy the r18 and post your real life impressions here!!

Adventurer in my own mind

There is no room for an R18 forum, The bike is too big

Oldtrix said:
There is no room for an R18 forum, The bike is too big

After looking at your Avatar I got a chuckle out your post.

spanky said:
After reading through the posts it appears everyone has an opinion about the r18's weight and power yet no one has actually ridden one. I've purchased two bikes in the past eight months so how about one of youse guys taking a bullet for the forum - buy the r18 and post your real life impressions here!!

I was close with .9% financing and the deals going on right now but I had to turn away.

As I said I love the look of the bike except for the unfinished front fender with no pin stripe, the fishtail mufflers are not my thing, and it is way under powered.

I wanted one so bad when I first saw one and sit it but the under power and doing the work on it with no Service DVD is the deal breaker for sure. I refuse to buy a bike where I cant get a Service Manual. So that has made the decision that my 17.5 GS is my to die with bike.

I just love the R18 as I love the look of C models. But they did the same thing on the R18 and you would think they would have learned.

As far as the weight I rode a 2007 LT for a few years and it weighs in at around the same weight or a bit more as the R18. It carried it's weight high though and could be a challenge at times. The R18 carries it low and would be no big deal at all to ride. My 05 Road Glide was in the same weight range as many Harley's are and again no issues with weight.

It all comes down to power and being able to service my own bike. BMW did a repeat of the C and once again taking a great looking bike and gave it a weak heart that is destined to fade away. And add to it no service information and I am out.

I thought it was huge and ugly in photos, not as much in person. The prices sure are attractive. I sat on one and the weight wasn't bad at all. I could flatfoot for the first time ever, and it felt comfortable. I didn't ride it because every time I do that I buy. 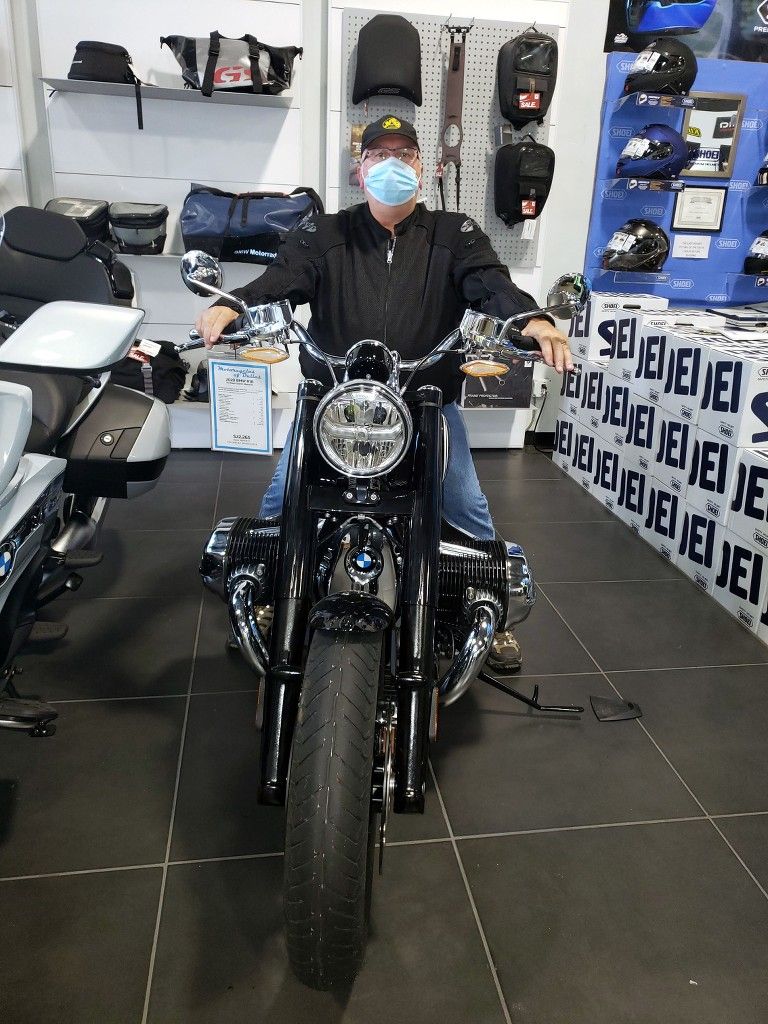 You look pretty good on that Jim