I bought and sold a 2021 within months. Why? While the DCT is arguably better, gas mileage is down and that suspension... Ouch. Way too stiff. 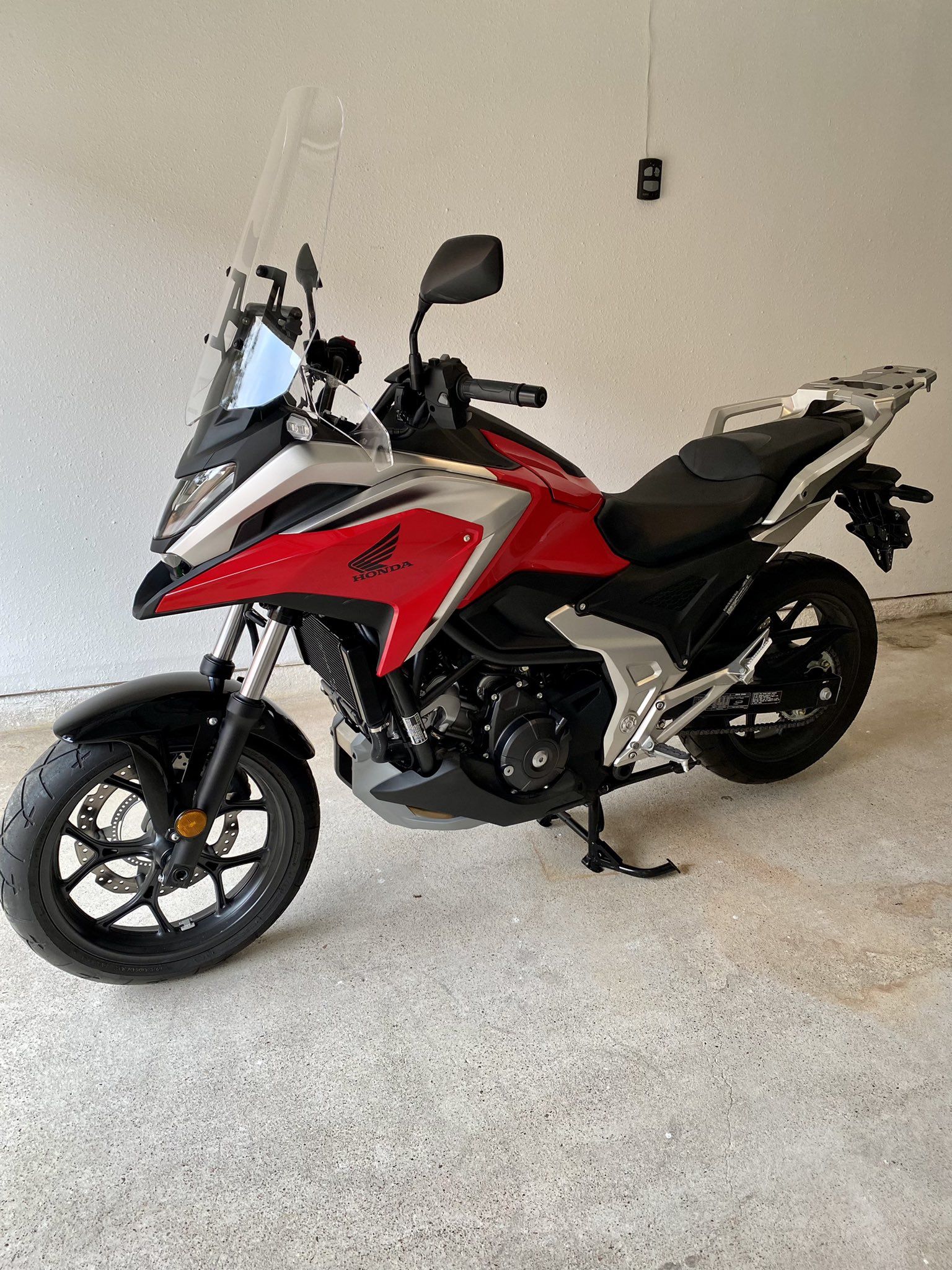 I feel your pain. I have a NC700X DCT that I purchased for my wife when a deal came along that I couldn't pass up. Unfortunately she gave up
riding soon after and I used the bike for commuting for a while. I really have a love/hate relationship with the thing. It gets 72 mpg no matter how I ride it
and the "frunk" is quite handy. I put some gold valves in the front, which helped quite a bit and replaced the rear shock with a CBR900RR unit I had laying around
but the rear suspension is still lacking some plushness. On paper the bike makes a lot of sense, especially for commuting but it leaves me a bit cold as far as it's character and lack of poke. I've seriously been thinking of selling it and a couple of others to finance a KTM 390 adventure.

cabanza said:
I bought and sold a 2021 within months. Why? While the DCT is arguably better, gas mileage is down and that suspension... Ouch. Way too stiff.

Was the mileage also bad before you put the parachute, sorry, big windscreen on?

I bought and sold one within weeks. I really hated the engine. Just as it started to pull properly, the rev limiter cut in. So irritating and unfullfilling.

Amos Malone said:
Was the mileage also bad before you put the parachute, sorry, big windscreen on?
Click to expand...

Yes it was. The large windscreen didn't change the gas mileage.