Show us your family heirloom pics!

My Gramps in Livermore (Carnegie) CA circa 1970

Dude, neither of my grandfathers ever even rode a bike. That is badass, a treasure of a picture.

No pictures of this event in 1970, but the 6 seconds or so of Super 8 video says it all

oldschool said:
No pictures of this event in 1970, but the 6 seconds or so of Super 8 video says it all

That is awesome!! Cool bikes too!

When I was a senior in high school my Mom was approached about being in a commercial for the then Lil General convenience stores in Tampa (now Circle K). She had moved up from her first bike, a CT70, all the way to an SL175 in about 2 years riding time. She was cast as the Jonathan Winters Granny character and other than the pics below, did a short clip inside a local house where she opened the refrigerator and saw it was empty, so a trip to the store was next. We took her bike to a Lil General store where she went inside to pick up some things, came out with a bag of stuff, strapped it to the seat, put on her helmet, kickstarted her bike and rode away. The commercial was intended for drive-in theaters locally though we never got to see it. 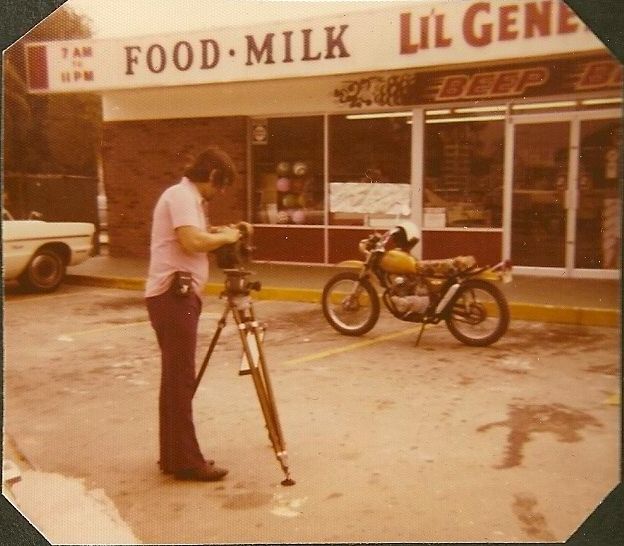 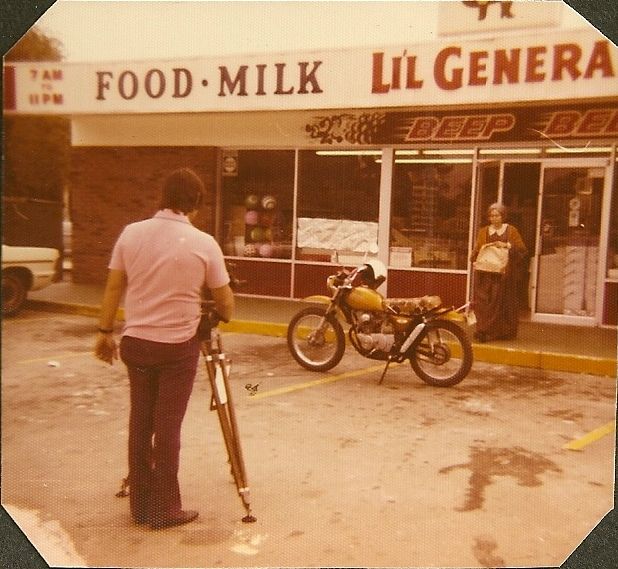 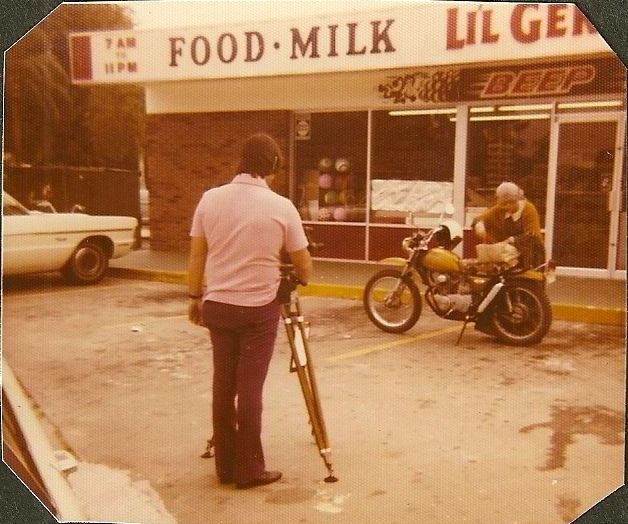 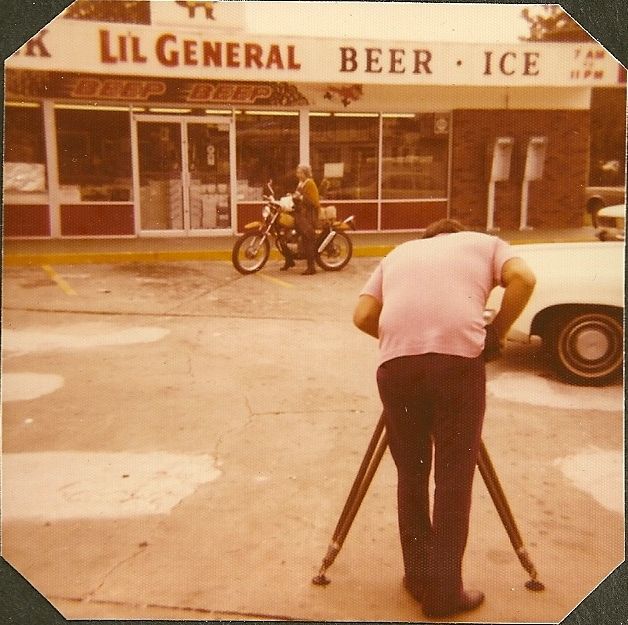 and yes, for those who might be wondering... she recovered the seat with flowered material. I rode the bike to high school once and when the other guys riding gave me crap about the seat I simply said it was my Mom's bike, conversation over. 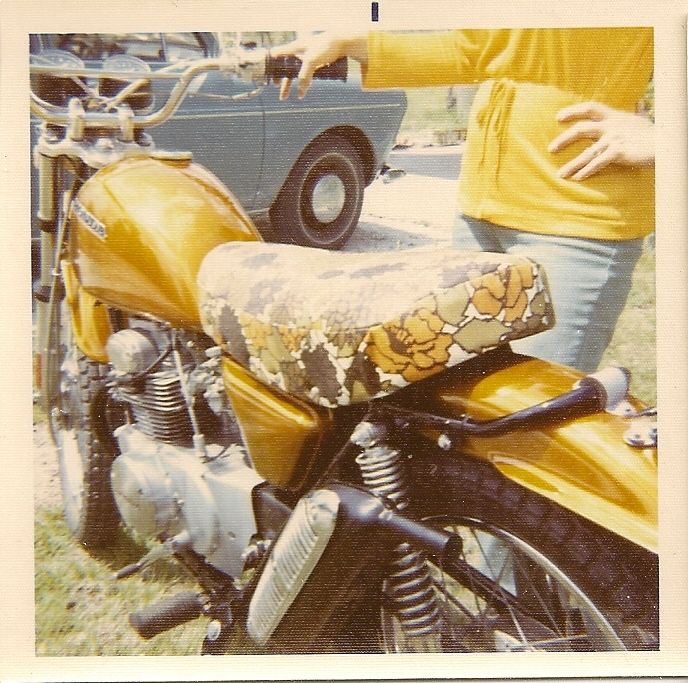 Thanks! Great memories for sure. Plenty more Super 8 footage from our family camping days back then on my YT channel

And before Mom got started riding, she's sitting on my Dad's new SL90 in our front yard. 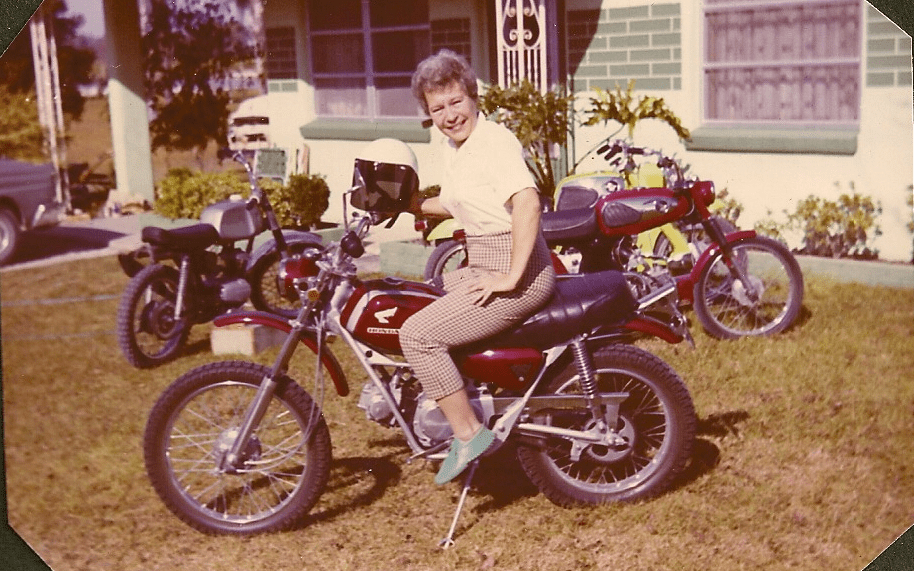 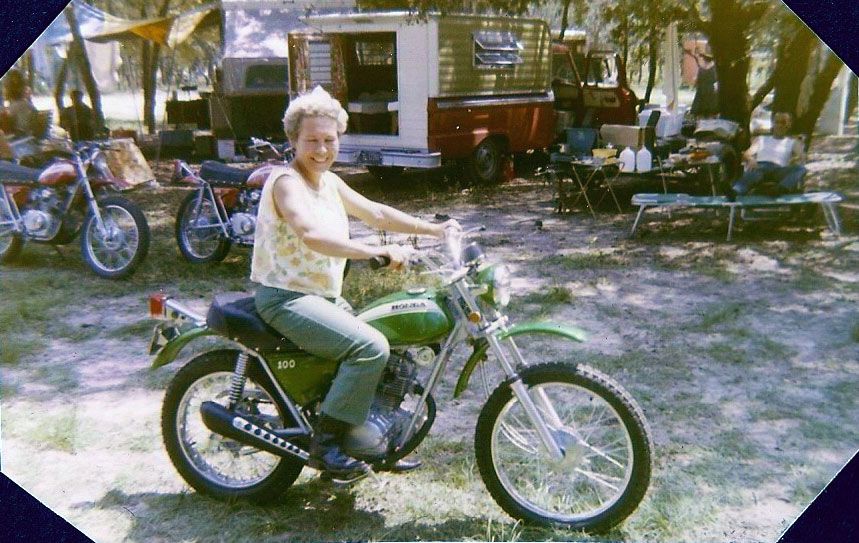 All our bikes during a riding break one weekend. My Dad and a work buddy built toppers for their trucks and ours had a full interior, slept all 3 of us in the long bed '66 F-100